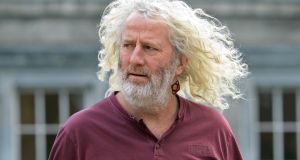 A home previously owned by MEP Mick Wallace which was the subject of legal proceedings after he was declared bankrupt has gone sale agreed. Photograph: Eric Luke 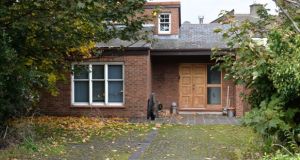 A home previously owned by MEP Mick Wallace which was the subject of legal proceedings after he was declared bankrupt has gone sale agreed.

AIB placed his Clontarf home on the market after repossessing the property over unpaid mortgage debts.

It is understood the price offered for the house by an Irish buyer was close to €745,000.

A spokesperson for the estate agents, REA Grimes confirmed the property “had just gone sale agreed”.

Last year the politician and property developer from Wexford threatened to burn down the 169sq m property before handing it over to the bank, according to an affidavit filed by a bank official.

Mr Wallace also reportedly told bank staff he “would have to be taken out of the place in a box” as it had been his family home for 25 years.

The 65-year-old built-up a construction firm, owned bars, restaurants and an Italian vineyard before his business empire crumbled with reported debts of €30m.

Last December, judge Jacqueline Linnane granted a repossession order to AIB in the Dublin Circuit Court, but placed a stay on it for three months to allow Wallace to arrange alternative accommodation.

Mr Wallace now spends the majority of his time in Brussels.