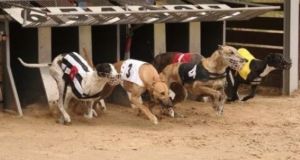 An in-depth review of the Irish greyhound industry has recommended the closure of four tracks next year.

An in-depth review of the Irish greyhound industry has recommended the closure of four tracks next year.

Tracks at Lifford, Co Donegal, Longford, Enniscorthy, Co Wexford and Youghal Co Cork are understood to be recommended for closure in the review by economic consultants Indecon, most likely during 2020.

There will also be three to four care home facilities opened next year, allied with a fostering programme for dogs and the introduction of a 100 per cent traceability programme involving widespread chipping of animals.

Indecon found that the long-term sustainability of the sport would be aided by the closure of the tracks, enabling the Irish Greyhound Board (IGB) to focus its resources more effectively.

There will be a wider review of the sustainability of the industry’s footprint, with all non-performing tracks slated for review by the end of 2022. It is understood that staff will be told about the recommendations for closure this afternoon.

The greyhound industry has been under financial pressure for many years, but has been been the subject of some controversy since an RTÉ programme which was screened earlier this year. The programme by RTÉ Investigates revealed culling practices at some facilities, among other issues which drew the fire of animal rights campaigners and politicians.

However, the amount awarded to the industry – €16 million – was not diminished in this budget, attracting criticism of the Government from some quarters. The IGB has introduced a number of measures aimed at improving sustainability and animal welfare since the programme was screened, but it has also complained about the programme to the BAI. It has also said that it does not accept the findings of a report it commissioned itself on the level of culling in the industry.