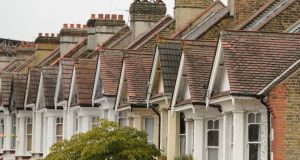 The ‘Climate Action Plan to Tackle Climate Breakdown’ says a new ‘easy pay back’ model for retrofitting homes will be examined by the end of the year. Photograph: Dominic Lipinski/PA Wire

Homeowners could choose to pay for the cost of retrofitting their homes to make them more energy efficient through higher property tax or electricity bills, under Government plans.

A new report, to be published on Monday, says a new “easy pay-back” model for retrofitting homes will be examined by the end of the year.

The “Climate Action Plan to Tackle Climate Breakdown” outlines almost 200 actions to be taken so Ireland will achieve its climate-change targets. These include changes to various sectors, such as housing, transport, agriculture, planning, waste and others.

A draft of the report, dated last week and seen by The Irish Times, outlines a range of policy options to be considered, such as the introduction of a car scrappage scheme next year to encourage the increased take-up of electric vehicles.

In a change of Government position, it also outlines a “path” to achieve net zero-carbon emissions by 2050 but does not actually commit the State to such a target.

The current Irish target is an 80 per cent reduction by mid-century, though climate scientists say this is insufficient to keep global temperature rises to within 2 degrees as envisaged under the Paris Agreement.

The plan, to be brought to Cabinet and published by Minister for Climate Action Richard Bruton on Monday, says an examination will be carried out by the end of the year into how Ireland could reach net zero emissions by 2050, and also suggest putting a 2050 target in law.

Other measures include providing local authorities with the “the power to restrict access to certain parts of a city or a town to zero emissions vehicles only”.

By the end of 2019, a study would look at the potential for congestion charges, low emission zones and changes to car-parking polices in urban areas. The study, which would be published in the first quarter of 2020, would “recommend most appropriate responses for Dublin/Cork/Galway/Limerick”.

The controversial BusConnects scheme, which has met with some public opposition in Dublin, is also included, although the plan says it will be implemented “in phases”. It had been previously understood that the new network would be introduced in one phase, although Government figures have privately suggested it could instead be trialled in a number of areas first.

A number of taxation changes – such as equalising duties on petrol and diesel and changing vehicle registration and motor tax – are earmarked for “consideration in context of budget”. As has already been mooted, carbon tax will rise to €80 per tonne by 2030.

By the autumn, the Department of Finance will also examine, as part of the annual tax-strategy papers, options to incentivise domestic and commercial retrofitting and the potential deferral of tax liability “on property transactions linked to BER”.

Improving the energy efficiency of homes is a major element of the plan, with the midlands earmarked for a “major house-retrofitting programme”.

A new “one-stop shop” model for upgrading homes and commercial premises will be developed.

“We will also look at easy pay-back models – for example, through your electricity bill or through optional increases in your [Local Property Tax],” the draft report states.