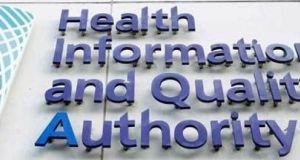 The Hiqa report said COPE foundation Cork had failed to demonstrate that residents with communicable infections were subject to universal separation and precautions.

Residents and staff of a centre for people with disabilities in Cork were exposed to serious risks due to failures in protocols for dealing with communicable infections and blood-borne viruses, an inspection report has found.

A Health Information and Quality Authority inspection was carried out at the COPE Foundation in Cork city, where 15 residents with intellectual disabilities were living, last September.

The report said the provider of the service had failed to demonstrate that residents with communicable infections were subject to universal separation and precautions.

“This posed a serious risk to both staff and residents in the centre. In addition, an on site protocol in relation to blood borne viruses was not available on the day of inspection despite this being an action identified during a previous inspection,” the report said.

The report said there was little staff interaction or engagement evident and little evidence that any improvement had been made since the last inspection.

The centre had a poor standard of hygiene and many areas had evidence of dirt, dust, stains and cobwebs, the report said.

Hiqa said the governance and management arrangements in the centre were “not ensuring that residents were being kept safe at all times from the risk of infection, primarily due to the poor level of cleanliness in the premises”.

In addition, the delivery of care to residents was observed to be “task-orientated and not person-centred”.

Hiqa said there was no evidence that the provider was reviewing the service to identify the deficits or that they were taking action to address them.

“The provider has submitted a plan to address the issues in this centre and inspectors continue to monitor this centre closely.”

A separate report on the Camphill Communities centre in Kilkenny last November also found the governance systems were “not satisfactory to ensure the service was safe and effective”.

Hiqa said a number of significant incidents had not been reported to the authority in line with regulatory requirements but that this has been rectified retrospectively.

The authority published 25 inspection reports on Friday in relation to designated centres for people with disabilities.