Remains of killed Malawi national to be repatriated on Wednesday

Limbani ‘Robert’ Mzoma was stabbed to death in Foxrock 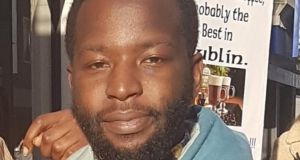 Friends and family of Robert Mzoma who contributed to a GoFundMe page had raised up to €5,480 of a target of €7,000. Photograph: GoFundMe

The remains of killed Malawi national Limbani “Robert” Mzoma will be repatriated to Malawi on Wednesday.

Friends and family who contributed to a GoFundMe page had raised up to €5,480 of a target of €7,000 by Tuesday afternoon.

The organiser of the page, John Paul Chirwa told The Irish Times that there is just enough money to cover the undertaker’s fees for repatriation.

“It is an expensive process. We have enough for partial payment and when the rest is raised we will pay it off.”

Grace Miano (50) is charged with murdering Mr Mzoma (27) in Tudor Lawns in the south Dublin suburb of Foxrock on the night of November 1st, last.

Ms Miano, who is originally from Kenya, lived at the house with Mr Mzoma who had suffered stab injuries and was pronounced dead at the scene.

On the GoFundMe page Mr Chirwa had written: “In honour of the late Robert Limbani Mzoma who was murdered in Ireland in a murder that has shocked the nation, we the friends and family of Robert are fundraising for the repatriation of our brother and friend back home to his final resting place to find peace.

“We would appreciate any donation so he can finally be with his family.

“No one should have to die this way. Rest in peace, Robert.”

Mr Mzoma’s remains are scheduled to arrive in Malawi on Thursday where they will be met by his family who will organise a funeral at a later stage.

Mr Chirwa said that a memorial service was held in Balally Church, Dundrum last Saturday which was attended by members of the Malawian and Irish communities.

Mr Mzoma had been living in Ireland since 2013 and was due to return to Malawi next year.

The woman accused of murdering Mr Mzoma in a house in Foxrock was deemed medically unfit to appear in court last Friday.

The accused was due to appear at a case management hearing at Dún Laoghaire District Court last Friday but she was deemed to be unfit to attend by the medical team in the Dóchas women’s prison, where she is being held.

She was remanded in continuing custody and will appear again in four weeks’ time.