Congregation of the Religious of Jesus and Mary sell 5.4 acre site in Goatstown 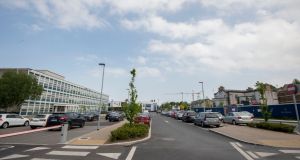 Our Lady’s Grove primary school in Goatstown Road where the Congregation of the Religious of Jesus and Mary is selling off sports fields. Photograph: Brenda Fitzsimons/The Irish Times.

A religious order has sold a plot of land for an estimated €13 million despite objections from parents at the adjoining primary school.

The Congregation of the Religious of Jesus and Mary announced the sale of the 2.18 hectares (5.4 acres) beside Our Lady’s Grove Primary School at Goatstown Road a day after parents held a public meeting objecting to it.

The sale was handed by WK Nowlan Real Estate Advisors and the purchaser was Durkan Estates, who are likely to develop it for housing.

Green Party TD Catherine Martin said some 120 parents attended a public meeting on the matter at The Goat pub on Tuesday. Their objection was that the land sale would leave the primary school on a site without any green space.

Ms Martin suggested parents would be “desperately disappointed” by the decision and she criticised the Department of Education for not stepping in to ensure the land remained available to the school.

She said the sale was a “stark indication of a lack of future planning and joined-up thinking” on the part of the department. “The community and their future needs are not being put first.”

She warned that other primary schools in the Dún Laoghaire-Rathdown County Council area could go the same way as the lands attached to 25 of them are zoned as residential.

In a statement, the congregation made no mention of the objection of local parents to the land sale. They said they sought to develop the land but could not reach agreement with the “stakeholders” - thought to mean the primary school board of management - and then decided to sell the land.

It is understood the department did not bid for the land when it went for sale in March.