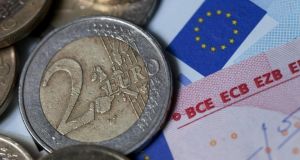 Organisations around Ireland have been responding to Budget 2015. Here’s what they had to say on...

The 9 per cent VAT rate

Irish Hotels Federation: The federation said the retention of the 9 per cent tourism VAT rate has supported the creation of more than 33,000 new jobs since it was introduced in 2011. It said this VAT rate meant almost three-quarters of businesses in the sector planned to hire more staff.

Restaurants Association of Ireland: While it welcomes the retention of the 9 per cent VAT rate, the association is concerned that the Government did not reduce excise on alcohol “to improve tourists’ perception of value and increase visitors to Ireland”.

Fáilte Ireland: The tourism body welcomed the continuation of the reduced rate of 9 per cent VAT for the hospitality industry and said the measure has made a significant contribution to job creation in the tourism sector.

Age Action: Spokesman Eamonn Timmins gave a “guarded welcome” to the budget, saying some of the measures announced would “ease a little of the hardship being experienced by groups of older people who have been struggling to cope in the wake of a series of austerity budgets”. Measures such as increasing the entry point for the Universal Social Charge to €12,000 will mean savings equivalent to more than a week’s pension for low income older people, he said.

Irish Hospice Foundation: IHF chief executive Sharon Foley called for some of the €25 million allocated in the health budget to deal with delayed discharges in hospitals to be used to support and augment specialist palliative care services in the community including hospice homecare teams, nurses for nightcare and children’s outreach nurses.

Retailers Against Smuggling: Retailers have reacted furiously to the Government’s announcement that it is to raise cigarette prices by 40 cent to €10. It says the excise increase will lead to a surge the illegal trade in cigarettes.

ASH Ireland: Ash has welcomed price rise for saying it is the most important way of encouraging smokers to quit and discouraging young people from experimenting with tobacco

Irish Cancer Society: The society said the increase would act as a disincentive for children to start smoking and would encourage current smokers to quit.

Construction Industry Federation: The federation said the increase in capital spending “marks a turning of the public spending tide for the construction sector”. The Government has announced €2.2 billion will be provided for social housing over the next three years, including €1.5 billion coming directly from the Exchequer.

Irish Road Haulage Association: President Eoin Gavin said members were “dismayed as to why Government has totally ignored the HGV road tax deferential between Ireland and the rest of Europe”. He said the move would result in a significant number of vehicles registering to other jurisdictions where operating costs are more favourable.

Irish Petrol Retailers Association: The IPRA welcomed the decision to hold fuel excise rates at their current level, saying “any increase in fuel duty would be counter intuitive to aid the economic recovery”.

AA: The succession of austerity-era tax increases on fuel have been so severe that “there was simply no scope for increasing them again”, director of consumer affairs Conor Faughnan said, adding that reforms were still needed for motor tax which currently discriminates very heavily against older cars.

Licensed Vintners Association: Chief executive Donall O’Keeffe said the fact that excise rates would remain unchanged brought a welcome degree of stability to alcohol taxation and would be well received by members, but Ireland still had one of the highest rates of excise on alcohol in Europe, which “damages our competitiveness from a tourist perspective and ultimately costs jobs”.

Early Childhood Ireland: Chief executive Teresa Heeney said the organisation was extremely disappointed by the lack of “an indication of commitment to this sector via real investment”. She said the €5 increase in children’s allowance is “too little to make any real difference for parents”, and the money would have been better invested in universal early childhood education services.

Teachers Union of Ireland: General secretary John Mac Gabhann said the budget “leaves the public education system treading water, despite the positive spin”. “The school-going population is increasing sharply and more teachers are needed. TUI estimates that 3,700 additional full-time teachers will be required at second level over the next decade just to maintain the current teacher pupil ratio.”

Irish Exporters Association: Welcoming the decision to lower the marginal rate of income tax, expand the Foreign Earnings Deduction to include new countries, and to continue the 12.5 per cent corporation tax rate, chief executive of the Irish Exporters Association said the budget was “export friendly”, but that the organisation will continue to call on Government to deliver on SME financing and on measures to attract and retain talent.

Social Housing Federation: Executive director Donal McManus said the announcement by Government of €80 million investment in social housing for 2015 will “enable approved housing bodies to deliver special needs accommodation to the most vulnerable”. He added, ‘this funding stream has been oversubscribed in recent years and there is a pipeline of much needed housing schemes that is ready to go in 2015’. He also welcomed the €10.5 million increase in funding for homeless services and accommodation.

Focus Ireland: Director of advocacy Mike Allen welcomed the €2.2 billion investment in social housing over the next three years, calling it the “type of substantial investment in social housing and in long-term planning which has been needed for years”. But he added that it will take at least 18 months until this investment delivers the first homes for people in need, saying a clear and effective short-term strategy to tackle the current crisis in family homelessness and in access to affordable housing for single people was needed.

Institute of Professional Auctioneers and Valuers: The “aggressive social housing spend” in today’s budget was welcomed by chief executive Pat Davitt, who said the measure, along with the removal of the 80 per cent windfall tax “will help lift off some of the extreme factors impacting and distorting the property market and assist in the development of a more sustainable market”. He said the effort to help first time buyers with DIRT relief would have “very limited impact since interest rates are extremely low in any event”.

IDA Ireland: The foreign investment agency said enhancements to Ireland’s offering to global companies announced in the budget, particularly the renewed commitment to the 12.5 per cent corporate tax rate, were to be welcomed.

American Chamber of Commerce: The Chamber said the certainty provided by the new corporate tax roadmap has ensured Ireland will retain investor confidence.

Ibec: “The Government has responded assertively to the changing global tax environment. Ireland has sent out a clear signal that we will continue to compete aggressively for mobile investment.”

Dóchas: The network of Ireland’s overseas development NGOs Dóchas expressed disappointment that the Government has failed to make progress towards the UN overseas aid target of 0.7 per cent of GNI, despite the economic recovery and the “be overwhelming public support in Irish society for overseas aid”.