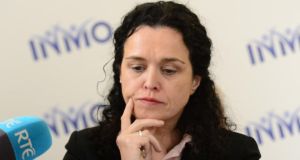 Unions are now likely to press for an acceleration of the reviews of recruitment and retention problems – and measures that can be put in place to address them – which were scheduled to be completed by the end of next year.

Unions in some sectors hope that initiatives aimed at tackling recruitment and retention difficulties could lead to members receiving further pay increases in the future.

The deal has received widespread support among affiliated unions in individual ballots of members.

The deal was backed by large unions such as Siptu and Impact several weeks ago. In recent days, other groups such as nurses, doctors , mid-ranking and lower-paid civil servants and university teachers also voted in favour of the accord.

However, the agreement has been opposed by primary school teachers who are members of the Irish National Teachers’ Organisation (INTO) and by the Teachers’ Union of Ireland (TUI), which represents about 15,000 second-level teachers and third-level lecturers.

The Association of Secondary Teachers Ireland has urged its members to reject the agreement in a ballot to take place next month.

The main concern of the teaching unions is that the agreement does not sufficiently address the two-tier pay structure under which staff recruited since 2011 are paid less than those in place before that date.

It remains to be seen whether the INTO or the TUI will accept the majority view of the other public service unions in backing the deal.

TUI president Joanne Irwin said last week it was “longstanding policy that the union will not be bound by an aggregate vote of unions of the public services committee in matters affecting terms and conditions of employment”.

TUI members last week also voted in favour of industrial action, including strikes, to oppose the two-tier pay system. However, it will be up to the union’s executive to decide at a later date the nature and timing of any industrial action.

The trade union Unite said on Sunday its members had voted overwhelmingly to reject the public service pay agreement. However it will be bound by the results of the aggregate ballot.

The Irish Nurses’ and Midwives’ Organisation (INMO), which last week voted to back the agreement, said it would now seek immediate engagement on the provisions in the accord dealing with recruitment and retention.

The INMO said it had received a commitment that the Public Service Pay Commission, which will examine the issue, will produce a first report involving nursing and midwifery in the second quarter of 2018 and that health service management would take part in talks within four weeks after that on the implementation of all measures – including pay issues – that were recommended.

INMO general secretary-designate Phil Ni Sheaghdha said the Government and health service management had one further opportunity, under the new agreement, to address the nurses’ claim for pay parity with other degree-level health professionals.

Under the deal, 250,000 people recruited before 2013 will see pay improvements ranging from 6.2 per cent to 7.4 per cent over the next three years.

For 50,000 people taken on after 2013 with less attractive pensions, the gains will be between 7 per cent and 10 per cent. However, 23,000 workers, including gardaí who can retire early on full pensions, will benefit least from the new accord.