Family of Irish man who died in Manchester comes forward 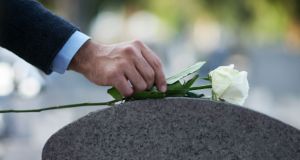 The family of an Irishman who died in Manchester in August has come forward after an appeal by the Irish community on social media.

An Irish association in Manchester made the appeal for people to attend the funeral of 73-year-old John Joseph O’Brien who lived in the Hulme area of the city.

They made the appeal after attempts to track down close relatives failed.

The Council of Irish Associations in Manchester took to Facebook earlier this month in an effort to track down next-of-kin but no close relatives were found initially.

The group said a funeral for Mr O’Brien had been arranged in Manchester Crematorium on Wednesday, September 27th at 10am and urged people to attend.

“No mourners are expected so please if any of the Associations can send some members or if any of Irish Manchester community are able to spare an hour to help give your fellow country man a decent well attended funeral it will be much appreciated.Go raibh maith agat,” it said.

Many commenters responded to the appeal to say they would be in attendance, with one offering to sing at the service.

In a new Facebook post on Wednesday, the Irish association said they had been “humbled by the outpouring of love and great humanity” after the appeal, adding that the initial Facebook post had been seen and shared by 40,000 people.

It added: “We have had a lovely conclusion to the appeal - Mr O’Brien’s son & family have come forward, but they ask for everyone to respect their decision for the funeral to be strictly private.”