Public service staff could get 6% pay rise over three years 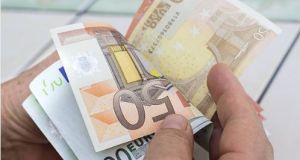 The Government is prepared to award some 300,000 public sector workers a pay rise of 6 per cent over three years as part of a deal on their remuneration.

It is also expected to seek significant reform of the pensions for State employees as part of forthcoming talks.

A measure that would provide extra scope to managers to pay employees more in sectors where there are issues recruiting and retaining staff, or where recently recruited staff are on lower pay structures, is also under consideration.

“The Government would love the freedom to do that but it would be a matter for the talks negotiations,” said a source.

Pensions are set to be high on the agenda in talks that will begin after the Public Service Pay Commission issues its report on pay levels across the public service.

The report is expected to be published within a fortnight and will inform upcoming talks on a successor to the Lansdowne Road agreement.

A confidential Government submission to the commission shows the bill for existing pension arrangements is now €3.3 billion a year.

Some highly placed sources suggested the Government may seek to convert the existing pension levy – which averages about 5 per cent and which unions want to see abolished – into a greater staff pension contribution for those earning above a certain threshold.

The submission argues that for the bulk of public service personnel – those appointed before 2013 – the amount the State contributes to cover their pension is 29 per cent of pensionable salary, compared to the equivalent of 11 per cent in the private sector.

It suggests the 29 percent average State contribution could fall to 25 per cent if pension rises in future were linked to the consumer price index.

However, the Government report does not take into account the pension levy and this is likely to be highlighted by trade unions in the talks.

Contribution figures are considerably lower for staff appointed after 2013, who are in a revised pension scheme.

When asked about the pensions submission, a spokeswoman for Minister for Public Expenditure Paschal Donohoe said there would be no comment on it “other than to say that the value of public service pensions is an important component of the overall remuneration package of public servants”.

She said “the majority of public servants were making, and have been making, a contribution to their pensions” and in addition most have had to pay the pension levy .

She said the revised 2013 scheme would, in time, reduce pension liabilities to the State by approximately 35 per cent.