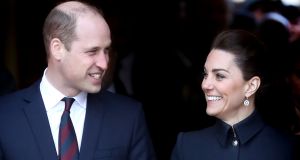 Britain’s Duke and Duchess of Cambridge are to visit Galway city as part of their first official visit to Ireland.

The visit has been welcomed by the Mayor of Galway Cllr Mike Cubbard who said he expects them to get a warm reception when they arrive in the city.

Cllr Cubbard who was one of the first mayors to pull out of the commemoration for the Royal Irish Constabulary (RIC), but he said opposition to that event was not evidence of anti-British feeling in the country.

“William and Kate are young and a different angle to British politics which is very important,” he said.

The couple are expected to visit the offices of Galway2020 and hear about events relating to the city’s status as the European Capital of Culture.

“They wanted to see what we have to offer culturally. People are often quick to knock the capital of culture, but when you get positive coverage like this, we will certainly make the most of it,” Cllr Cubbard said.

“What better way to do it than the royal family? The fact that it will go worldwide is a positive for this small city on the west coast of Ireland.”

Gardaí have confirmed that road closures in the centre of Galway will facilitate their visit.

We look forward to welcoming The Duke and Duchess of Cambridge to Ireland next month #RoyalVisitIreland 🇮🇪 https://t.co/tVPIZsYnRU

The visit will take place on Thursday, March 5th. A notice was sent out to Galway city traders from gardaí during the week.

It announced road closures from 6am to 2pm on that day in Williamsgate Street, Williams Street, Shop Street, High Street, Mainguard Street and possibly Abbeygate Street.

It would suggest that the couple will do a walkabout in the city on the day.

The visit is a boost to Galway in its year as European City of Culture which got off to a disappointing start when the opening night celebrations had to be cancelled because of bad weather last week.

Prince William, who is second in line to the British throne, and his wife Kate Middleton will travel to the Republic between Tuesday, March 3rd, and Thursday, March 5th.

They are also expected to visit the Teagasc Animal Bioscience Research Centre at Grange, Dunsany.

The facility is one of the world’s leading beef production research programmes.

The trip will take place at the request of the UK foreign office.

The British embassy in Dublin tweeted: “We look forward to welcoming The Duke and Duchess of Cambridge to Ireland next month.”

In 2011, Queen Elizabeth II made a historic journey to the Republic.

Amid unprecedented security, she became the first British monarch to travel here in 100 years and the first since the State gained independence from Britain.

She bowed her head in Dublin’s Garden of Remembrance to pay tribute to the rebels who rose up against British rule in 1916, spoke Irish in an address to a State banquet and visited Croke Park, where British forces shot dead 14 spectators at a football match in 1920.

Prince Charles and Camilla Duchess of Cornwall have made five visits to Ireland over the past five years.

The Duke and Duchess of Cambridge’s trip, which unusually was announced in advance, is likely to be seen as a diplomatic visit in the wake of Brexit.