Passport applicants will have to have State’s public services card 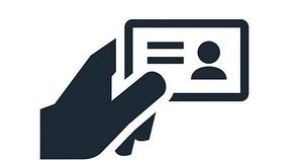 While Ministers have insisted the card will not be compulsory, making it a requirement for all passport and driving licence applications means it will become so over time for anyone wishing to travel or drive a car

All Irish citizens applying for a passport will be required to produce the State’s public services card (PSC) from the autumn, it has been confirmed. The card will also be required for all driving licence applicants from next year.

The identity card, which has been issued to 2.3 million citizens since 2011 – initially to social welfare recipients – is underpinned by a biometric facial recognition database controlled by the Department of Social Protection.

While Ministers have insisted the card will not be compulsory, making it a requirement for all passport and driving licence applications effectively means it will become so over time for anyone wishing to travel or drive a car.

Minister for Public Expenditure Paschal Donohoe told The Irish Times the rationale for needing the card for passport applications was “very simple”.

“Given the increase in acts of terrorism over the last several years, every democratic country should be obliged to deploy the most robust means of authenticated travel across borders that it has available.”

The Minister added that the existing passport system was “very good” but that the so-called SAFE registration process met the highest international standards.

“It is not, and will not be, compulsory to have a PSC,” he insisted. “However, government has an obligation to deploy the most robust means of online and physical identity verification possible to ensure that it is doing all it can to reduce fraud, personation and the risk of identity theft in the delivery/accessing of public services.”

Mr Donohoe said all forms of data processing for the card and the online digital identity system MyGovID.ie had a legislative underpinning. Recent legislative proposals would also set out further obligations on public bodies that went beyond the requirements of the Data Protection Acts (which protect citizens’ rights in this area).

As the State was probably one of the largest users of personal data, it was “essential that people know and trust that their data is fully protected”.

The card has been slowly rolled out to people claiming social welfare benefits in recent years, and the Government has been heavily promoting registration for all citizens. The Government has a contract with a private supplier to manufacture the cards, with a target of issuing three million by the end of this year.

Dr TJ McIntyre, a UCD law lecturer and chairman of civil liberties group Digital Rights Ireland, said news that the cards were to become compulsory for travel and driving documents was “very concerning”.

The Information Commissioner has rejected an appeal by The Irish Times for records about the introduction of the card on the grounds that releasing them would be “contrary to the public interest”. The appeal was taken after the Department of Public Expenditure refused access to records about the roll-out of the cards.