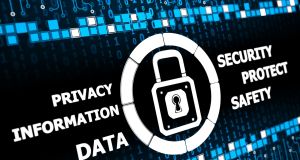 Government departments and other public bodies would be allowed to share information about citizens’ incomes and other financial details under a “significant” plan to reform the use of personal data by the State.

The proposal is contained in the draft scheme of the Data Sharing and Governance Bill published by the Government, which was before an Oireachtas committee this week for pre-legislative scrutiny.

Processing of the financial data would be limited to the creation or maintenance of means data, the heads of the Bill state. An explanatory note says the proposal is to provide a specific legal basis for public service bodies to exchange statutory means test information and payment data. It adds that the re-use of means and payment data represents a significant structural reform of the use of personal information by the State.

Addressing the Oireachtas Committee on Finance, Public Expenditure and Reform, the Government’s chief information officer Barry Lowry said the Bill would ensure that public bodies shared data “where it is appropriate to do so”.

“At the moment, some public bodies can be reluctant to share data with other public bodies in cases where it would otherwise be beneficial because it is not clear to them that they have the authority to disclose such data,” he said.

Mr Lowry said the Government’s Bill addressed this problem by establishing an “unambiguous legal basis for data sharing between public bodies as well as specifying the conditions under which it can take place”. He said the sharing between bodies would be underpinned by data sharing agreements and that departments would also appoint data protection officers in line with requirements in the new EU General Data Protection Regulation which comes into force in May next year.

The Data Protection Commissioner told the committee, however, that it was of the view that the Bill only provided a “framework” to allow public bodies consider how and whether personal data could be shared. It expressed the view that secondary legislation was necessary to underpin each data sharing arrangement.

Deputy data protection commissioner Dale Sunderland said that of itself, the sharing of data “is neither good nor bad”.

It could quite clearly have benefits for the public in some cases, for example, to prevent people having to supply the same information multiple times, he said. But Mr Sunderland said it must be “clearly understood” that the proposed Bill “cannot create a new legal basis for sharing data in any given case that does not otherwise exist”.

Mr Sunderland said “much greater clarity” needed to be provided to the public as to how their data was being used across the public sector.

The Data Sharing Bill was originally put out for public consultation by the Department of Public Expenditure and reform in late 2014.

In its 15-page submission, the Department of Social Protection acknowledged that data should not be used for “fishing” purposes, but it suggested a long list of potential “priority areas” for data sharing to improve public services.

These included sharing of data on Department of Social Welfare and Revenue customers in respect of income and social protection supports, property and “relevant third party information”, such as details of welfare claimants’ landlords. It also suggested using data to develop a “household perspective” in which data on members of a household would be linked.

The department also said “appropriate” health and educational data could be linked to the data it held on social welfare recipients.