Nurse ‘insulted’ by charges of theft from elderly patient 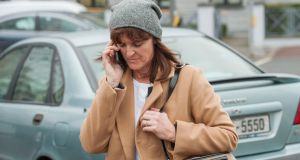 A public health nurse accused of stealing over €11,000 from an elderly widow she was caring for has told a court she could think of nothing more insulting to say to a nurse than to accuse them of stealing from a patient.

Deirdre Kenneally from Leitrim, Kilworth, Co Cork has denied a total of 62 charges that she stole money, totalling more than €11,000 from Alice Twomey of Kilcor, Castlelyons and that she used a computer or caused a computer to be used to transfer money between accounts belonging to Ms Twomey.

On Wednesday Ms Kenneally (47) took the stand at Cork Circuit Criminal Court on the fifth day of her trial. She told how she got to know Ms Twomey when visiting a hotel near her home in Castlelyons before she was rostered to call to her in her work as a public health nurse.

She said they were friends and Ms Twomey was anxious to put in place long-term care plans. Ms Twomey approached her to ask if she would provide her with private nursing care outside of her public health role, as Ms Twomey knew she had previously worked as a private nurse in the United States, Ms Kenneally said.

Ms Kenneally said she did not decide to breach HSE guidelines about providing private care lightly as she had an impeccable 30 year career as a nurse and she did not want to put her job at risk, but she put her doubts and misgivings aside to start looking after Ms Twomey.

She began calling to her in the evenings and at weekends and she did not take any money initially, but Ms Twomey was very correct about financial matters and wanted to pay her. They discussed rates of pay and agreed Ms Twomey would pay Ms Kenneally €30 an hour or €300 a week for 10 hours nursing, Ms Kenneally said.

“My visit would be for an hour in the evening. It wasn’t written down in stone,” said Ms Kenneally. Ms Kenneally was later involved in bringing a care agency, Care Bright, to provide an hour’s care at lunch time to Ms Twomey as she could only call in the evening to see Ms Twomey after her HSE work.

Ms Kenneally said she saw no evidence of Ms Twomey being anything less than mentally competent and there was no mention anywhere in her medical records between 2012 and 2017 which indicated she showed any sign of Alzheimer’s which would have impeded her decision making ability.

Ms Kenneally denied stealing money from Ms Twomey when she gave her her debit card and pin number. She said she had withdrawn the money because they had an agreement that she would be paid for providing her with private nursing care and that was what the withdrawals from Ms Twomey’s account were, she said.

Ms Kenneally said she did not know where Ms Twomey’s debit card was now but she gave it back to her either when she was hospitalized after a fall on May 22nd, 2016 when she broke her hip or afterwards when she went into a nursing home and her contract to provide private nursing care ended.

“I can’t say 100 per cent when I returned the ATM card to her. I think it was when she was in Amberly [the nursing home] because when she went into long-term care, my contract [to provide private nursing care] would be over with her,” said Ms Kenneally in her direct evidence.

She said that since she was charged with the offences, she had been told by gardaí to have no contact with Ms Twomey, which she found difficult as Ms Twomey was like a member of her family.

“There is no greater insult as a nurse than to be told that you had stolen from a patient, from someone that you are helping. There is nothing more cruel or insulting that could be said about me,” said Ms Kenneally. The case continues before Judge Gerard O’Brien and a jury of seven men and five women.