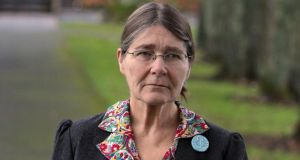 NUI Galway (NUIG) said it was examining a possible “data breach” last week relating to personal information of university staff. The university said it was “conscious that there may or may not have been a data breach last week and the matter is currently being looked into”.

Late last week, an email signed by NUIG secretary Gearóid Ó Conluain asked any staff who had received an email from a retired staff member, sent on March 25th, to delete it.

“The university is very concerned that the personal data of 30 individuals who participated in the 2008-2009 senior lecturer promotion scheme has been included in this email,” he said. “The university wishes to assure all staff that we take the privacy and confidentiality of staff very seriously and are fully cognisant of our obligations under the Data Protection Acts, 1988- 2003.”

Retired NUIG lecturer Dr Micheline Sheehy Skeffington, who won an Equality Tribunal case last year, said she had sent the email in response to “misinformation” given by university management in a gender-equality document. This “misinformation” concerned a court case being taken by five female lecturers who, like her, were shortlisted but not promoted to senior lecturer in 2009, she said.

In the email, she published the names of candidates shortlisted for the 2008-2009 senior lecturer promotion round and their current position.

She said the details were drawn from information available to staff on the university website, and it was not private material.