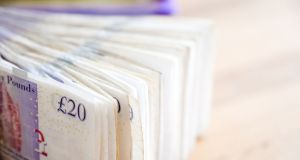 While cost savings of £1.8m were eventually achieved, the C&AG found ‘no evidence to clearly demonstrate that the LandWeb project has delivered value for money’.

The Northern Ireland Audit Office has complained that there is no evidence that a service providing online access to land registry information clearly delivered value for money.

The North’s comptroller and auditor general Kieran Donnelly published a report on Tuesday critical of a project initially estimated to cost £46 million (€51 million) but up to April last year had cost close to £100 million.

His report was on the Land & Property Services’ (LPS) LandWeb project, managed by the LPS and delivered by British Telecommunications (BT). It provided online access to Northern Ireland’s Land Registry, Registry of Deeds, and Statutory Charges register.

The report found that poor strategic planning by the Department of Finance, which has responsibility for the LPS, gave rise to a series of extensions to its service contract with BT.

“While the original duration was 17 years from 1999 to 2016, the contract agreement is now likely to extend beyond 2021, with total payments increasing from an initial estimate of £46 million to £97.89 million at April 2019,” reported the audit office.

Mr Donnelly’s report was triggered by an anonymous member of the public who raised concerns that the project was wasteful of public money.

“My report recognises that a fully functional and consistent IT service has been provided by BT throughout the LandWeb project to date,” said Mr Donnelly.

“However, I am alarmed that mechanisms were not put in place to secure better value for money for citizens. Measures such as benchmarking, market testing and open-book accounting should have been part of the department’s/LPS’s agreement with BT, to ensure greater transparency and competitiveness,” he said.

“While the department did negotiate cost savings of £1.8 million from the extension term 2019 to 2021, I found no evidence to clearly demonstrate that the LandWeb project has delivered value for money,” added Mr Donnelly.