New search begins in northern France for one of Disappeared 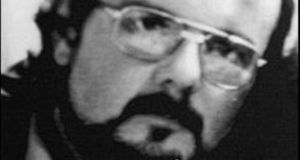 Séamus Ruddy (33), a former member of the Irish Republican Socialist Party, was killed in a dispute understood to have been related to INLA arms smuggling.

A new search for a Newry teacher who was murdered more than 30 years by the Irish National Liberation Army (INLA) is beginning today in France.

Séamus Ruddy (33), a former member of the INLA’s political wing, the Irish Republican Socialist Party, was teaching in a private school in Paris when he was killed in a dispute that is understood to have been related to INLA arms smuggling. The paramilitary group admitted his murder.

One of the Disappeared, he is believed to have been buried in a forest at Pont-de-l’Arche outside Rouen in northern France.

While this is the fourth time that searches have taken place near Rouen for the remains of Mr Ruddy, those in charge of the operation appear to entertain more hope they will be successful this time. The last search took place in 2008.

English forensic scientist Geoff Knupfer said he and his colleagues were satisfied the information they were now working from was “as accurate as it can be, given the passage of time”.

“I am convinced that there is a genuine desire on the part of those supplying the information to get this resolved by finding where Séamus is buried,” added Mr Knupfer, who is the chief investigator of the North-South Independent Commission for the Location of Victims’ Remains (ICLVR).

Mr Knupfer said all searches presented their own challenges, but in this case the specialist contractors and forensic archaeologists can get to work on the site straight away, without waiting for preliminary geophysical mapping.

Referring to successful searches in Co Meath for three of the Disappeared in 2014 and 2015, he added: “This site differs from Oristown where we found Brendan Megraw and Coghalstown where Kevin McKee and Séamus Wright were buried, in that it is in a forest rather than a bog.

“It is also a more defined search area. In Oristown we were searching an area about the size of eight football pitches. Here, we are looking at around half a pitch. This means we don’t have to use geophysics or a cadaver dog as we did in Coghalstown. That will speed up the process.”

The French authorities are facilitating the operation.

In May 1985, Mr Ruddy went missing in Paris. He was a high-profile member of the Irish Republican Socialist Party (IRSP) during the 1980 and 1981 hunger strikes, in which INLA and IRA members were involved.

However, he acrimoniously resigned from the IRSP in 1983 and moved to France. He subsequently fell foul of elements of the INLA, which was notoriously subject to internal feuds, over access to smuggled arms.

In 1985, INLA members abducted Mr Ruddy in Paris and assaulted and murdered him. One of the difficulties of establishing definitive information about the location of his body was that two of the INLA leaders believed to have been involved in his murder – Gino Gallagher and John O’Reilly – were themselves killed in INLA feuds.

The bodies of 13 of the 17 Disappeared have been recovered.

In addition to Mr Ruddy, remains yet to be recovered are those of suspected IRA victims: Columba McVeigh from Donaghmore in Co Tyrone, who went missing in 1975; Joe Lynskey, who went missing from Belfast in 1972; and British soldier Capt Robert Nairac, who is believed to have been shot dead close to the Border in the Louth/south Armagh area in 1977.

The joint British and Irish heads of the ICLVR, Sir Ken Bloomfield and Frank Murray, said they too hoped the search would be successful and that Mr Ruddy’s body would be returned to his family for Christian burial.

“We share the hopes and prayers of the family that we’ll be successful. We know that the team led by Geoff are world leaders in this work and they will bring all their experience and commitment to try to bring this search to a successful conclusion,” they said in a statement.