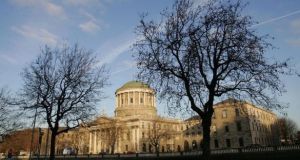 Two judges have been appointed to the CervicalCheck tribunal set up to investigate negligence in the State’s cervical check screening programme.

There are 203 active claims in relation to CervicalCheck along with eight that have been resolved.

Because of the Covid-19 pandemic, no start date has yet been agreed for the tribunal.

The controversy over the screening programme was sparked by Limerick woman Vicky Phelan, who has cervical cancer, settling a High Court action in April 2018 over the misreading of her smear test.

It later emerged that potentially hundreds of women were not informed of an audit which revised their earlier, negative smear tests.

Ms Justice Ann Power, who is a serving judge of the Court of Appeals, will be the chairwoman of the tribunal and High Court judge Mr Justice Tony O’Connor has also been appointed.

They will join Mr Justice Brian McGovern who is the third member of the tribunal.

The new appointments will replace the previous chair Ms Justice Mary Irvine and Mr Justice Michael Peart who have both dropped out.

Ms Justice Irvine did not take up her role because she was made President of the High Court in June. Mr Justice Peart did not give his reasons for dropping out.

The tribunal was set up following Mr Justice Charles Meenan’s report on an alternative system for dealing with claims arising out of the CervicalCheck programme.

He suggested that a tribunal be established under statute that would facilitate the hearing of claims arising from CervicalCheck in private and in a more timely and less adversarial manner than having to go to court.

Announcing the new appointments, the Minister for Health Stephen Donnelly said he hoped the tribunal will allow women to “progress their cases in a sensitive manner”.

The CervicialCheck tribunal became law in July 2019 and was due to start in March 2020. It has been delayed because of the Covid-19 pandemic.