New unit will have big impact on lives of 160 CF patients in Munster, says fundraiser 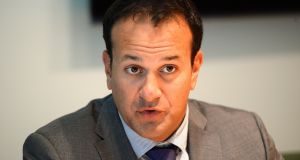 The opening of a specialist unit at Cork University Hospital (CUH) for patients with cystic fibrosis (CF) after a seven-month delay has been welcomed by the charity that provided funding.

Build4Life raised €2.3 million for the construction and equipping of the new 20-bed respiratory unit at CUH where four beds in single rooms have been ring-fenced specifically for patients with CF.

Build4Life chairman Joe Browne said it was “a good day” for the 160 adults in Munster with CF, who would feel relief that the unit was finally opening after a long battle to get it up and running.

“We started fundraising 8½ years ago after the death of Mary Hand from Dingle, a young adult with CF who died in the hospital after she contracted an infection,” he said.

Ms Hand picked up a hospital-related bug that precluded her from getting a transplant in the UK and she died in September 2006 aged 23.

“I discussed it with her at the time about developing proper facilities because CF patients were being treated in individual rooms in the general hospital where there was a risk of picking up infections,” Mr Browne added.

After discussions with CUH management, Build4Life began fundraising for specialist isolation respiratory unit for CF patients. The 20-bed unit was due to open in March but was deferred until April and then June, when the Health Service Executive informed Build4Life it did not have sufficient staff to operate the unit.

“It’s to be staffed by a team of 31 – a clinical nurse manager, 21 staff nurses, three health care assistants, two non-consultant doctors and four consultant respiratory physicians,” he said. “I would hope and pray that the ward will work at full capacity.”

The HSE said it was pleased to announce the unit’s opening following a fast- tracked recruitment campaign.