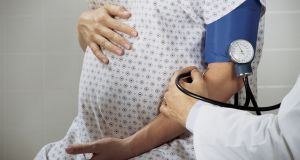 Most consultants in the public system with contractual rights to private practice can treat a maximum of 20 per cent of fee-paying patients, rising to 30 per cent in certain cases.

Nearly 10 per cent of the estimated 2,400 consultants in public hospitals are seeing more private patients than officially permitted, a HSE report has found.

However, the report found the breaches of the official rules governing the mix of public-private patients were outside the control of the 236 doctors identified.

It said the reasons for the non-compliance were that, in practice, hospitals and individual consultants had limited controls over private activity levels as the majority of fee-paying patients admitted were maternity admissions or those taken in through emergency departments.

“These patients must be admitted and treated in order of clinical priority. In 2017, 67 per cent of all in-patient discharges were from emergency admissions while 18 per cent were maternity-related.”

The HSE said a report by the Comptroller and Auditor General had come to a similar conclusion on the reasons for non-compliance.

Most consultants in the public system with contractual rights to private practice can treat a maximum of 20 per cent of fee-paying patients, rising to 30 per cent in certain cases.

Following widespread controversy over the levels of consultants’ private practice at the end of 2017, the HSE put in place a monthly reporting process outlining levels of non-compliance.

The report, completed in November and released by the Department of Health in recent days, was the first produced under the new system.

The HSE said a report by the Comptroller and Auditor General had come to a similar conclusion on the reasons for non-compliance.