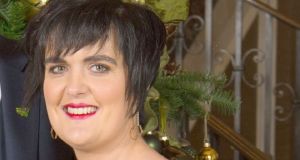 Mary Cregan passed away at her home at Rowles, Meelin, near the Limerick-Cork border on Friday. Photograph: Diarmuid Greene

A major fundraiser for cancer services in Limerick went ahead as planned on Friday just hours after the tragic death of the event’s organiser Mary Cregan.

Ms Cregan, 33, a nurse at University Hospital Limerick and the daughter of former Fianna Fail TD, John Cregan, was diagnosed with a brain tumour three years ago.

However, despite undergoing extensive treatment for the disease, which had been in remission for a period, her tumour returned in June last year.

Nearly €40,000 has so far been by Ms Cregan’s “courageous” efforts to give back to organisations providing help to cancer patients, explained Jim Barry, co-organiser of the Help Fight The Big ‘C’ fundraising drive.

“She had organised everything herself, right up to the very last, and the rest of us haven’t had to do much at all; it’s very sad.”

Ms Cregan passed away at her home at Rowles, Meelin, near the Limerick-Cork border, surrounded by her family, including her parents Patricia, and John, current Limerick GAA County Board chairman.

Writing in an online GoFundMe blog some months ago, Ms Cregan said she had been “lucky enough to have the support of many amazing charities” following he cancer diagnosis.

“Unfortunately nobody knows when cancer is going to knock on their door, but it brings amazing comfort to know that there are so many fantastic charities/organisations out there that go above & beyond every day to help people like me!!”

“These same organisations/charities would not be possible without fundraising, which is why I am doing something to give back. Any contribution large or small is greatly appreciated & I have no doubt it will help others like me!!”

Nearly a 1,000 tickets have been sold for tonight’s fundraising dance, at the Devon Inn Hotel, Templeglantine, in West Limerick, featuring performances by Paddy Quilligan and master accordion player Liam O’Connor, of the Liam O’Connor Show, who shot to fame as original lead musician in Michael Flatley’s Lord of the Dance.

Four charities will benefit; the Brain Tumour Association of Ireland, Brú Columbanus which provides accommodation for the families of patients at University Hospital Cork; Aid Cancer Treatment and the Bandon Hyperbaric Oxygen Centre.

Paying tribute to Mary, last week, her father, John Cregan said: “ She is an exceptional young woman and we are all very proud of her.” Ms Cregan is survived by her parents and siblings Maireád and Tommy.Funeral arrangements have yet to be finalised.