National Childcare Scheme to put some children at ‘disadvantage’ 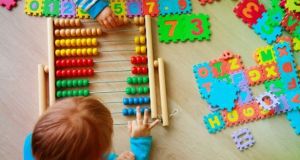 The opening of the National Childcare Scheme will lead to a ‘potentially divisive’ discrepancy in entitlements among some low-income families, childcare providers have warned. Photograph: iStock

The opening of the long-awaited National Childcare Scheme (NCS) on Wednesday will lead to a “potentially divisive” discrepancy in entitlements among some low-income families, childcare providers have warned.

Although thousands more families will be able to avail of subsidised childcare for the first time through the NCS, and others will see their support increased, there is concern that it will have a negative impact in the most disadvantaged communities.

Families currently on targeted childcare schemes will be able to remain on them “indefinitely”, the Department of Children and Youth Affairs has told The Irish Times. This is seen as recognition that some would be worse off if they had to switch to the NCS, which was designed to replace the old schemes.

But as one of those “legacy” programmes was closed to new entrants last week and there is a February 2020 cut-off date for the others, they will no longer be an option for children coming into the system.

The one-year transition period initially announced for families who might find the NCS less favourable was extended to two years under Budget 2020 measures in October. Now the department has said children already registered on legacy schemes can stay on them “indefinitely”, ie until they no longer require early learning and care or school-age childcare, or are no longer eligible.

“This does not reflect a change in policy subsequent to the budget announcement but rather a clarification,” said a department spokesman.

However, it was news to two organisations representing thousands of providers of centre-based childcare when contacted by The Irish Times.

“On the face of it, this is good news for the families involved,” said the ECI’s director of policy and advocacy, Frances Byrne.

“However, it will also lead to other families in identical circumstances receiving lower subsidies for the foreseeable future. This is potentially divisive and is not the intended policy objective of the new scheme.”

The chair of the Association of Childhood Professionals, Marian Quinn, said while she welcomed that there were families who would gain as a result of the NCS, “we have to take into consideration that there are children who are going to be disadvantaged by it”.

There will be families in the same economic conditions where one child will get extra support and the other child not, she said.

“That will happen within services and within families. There is obvious inequality there.”

Leaving the current targeted schemes indefinitely open to new applications would, said a department spokesman, undermine the aims of the NCS “to combat the poverty traps which may exist within the existing schemes, and to appropriately incentivise employment and education/training for parents”.

“It would also undermine the significant work done through the National Childcare Scheme to build a system which greatly improves the governance and compliance associated with the use of exchequer funds.”

The NCS opens on Wednesday for online applications by parents at ncs.gov.ie.