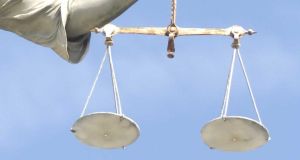 A doctor and two nurses will face trial accused of the manslaughter of a woman from Ireland who travelled to London for an abortion.

A doctor and two nurses will face trial accused of the manslaughter of a woman from Ireland who travelled to London for an abortion.

Dr Adedayo Adedeji (63), and nurses Gemma Pullen (32), and Margaret Miller (54), made no plea when they appeared together in the dock at Ealing Magistrates’ Court in west London.

They are all charged with manslaughter by gross negligence, and a health and safety offence of failing to take reasonable care.

The charges relate to the care of Aisha Chithira, from Ireland, who was 22 weeks pregnant, who died after she came to a Marie Stopes clinic in Ealing, west London, in January 2012.

The three medics are each charged with having unlawfully killed Ms Chithira (32), by manslaughter through gross negligence on January 21st, 2012.

They are also each charged with “failing to take reasonable care of the health and safety” of Ms Chithira who was affected by their “acts of omission at work”. This was contrary to section 7 and 33 of the Health and Safety Act 1974.

Adedeji Pullen, of Camberley, Surrey, and Miller, of Stoke-on-Trent, were released on unconditional bail to appear at a preliminary hearing at the Old Bailey on July 3rd.