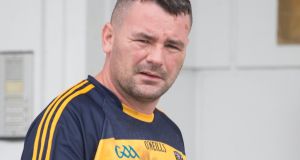 A man who drove the wrong way down a busy road in Letterkenny, Co Donegal forcing motorists and pedestrians to take evasive action has been jailed for six months.

Video footage of Kevin McIlmurray shown at a Co Donegal court showed him fleeing gardaí and being hemmed in by other drivers during the chase in Letterkenny.

The chase ended with McIlmurray’s arrest, while his passenger was pulled from the car by civilian drivers and held on the ground until he was detained by local gardaí, the video shows.

McIlmurray appeared at Letterkenny District Court where he pleaded guilty to endangerment and dangerous driving at Pearse Road on June 18th, 2016.

After hearing evidence and viewing the footage, Judge Paul Kelly described the actions of the driver as “absolutely reckless and potentially fatal”.

McIlmurray of Slemish Way, Belfast, refused to provide a blood, or urine sample after being taken to Letterkenny Garda Station following the incident.

Solicitor Patsy Gallagher said his client’s father, Charles McIlmurray, was killed as an IRA informer during what he called the so-called “Stakeknife” purge in 1987 six months before the accused was born.

Garda Darren Carter said he had driven after McIllmurray’s Golf car, when they saw him break through red lights on Pearse Road. They managed to get him to stop and spoke to him.

He appeared to be intoxicated, but Garda Carter said McIllmurray had driven off along a footpath and breaking another set of red lights as he tried to summon colleagues by radio to the scene.

McIllmurray weaved through oncoming traffic, forcing other motorists to take evasive action to avoid colliding with him, and then drove on the wrong side of the road before he was blocked by heavy traffic.

“We came up behind him in the patrol car with the lights flashing. I exited the patrol car and ran up behind him and he reversed towards me,” Garda Carter told the court. The car continued reversing and then mounted the footpath . “A number of pedestrians had to literally jump out of his way,” said Garda Carter, who said he had tried to snatch the keys from the car’s ignition.

He eventually succeeded, though he received a blow to his arm after the car had pitched forward. McIllmurray was arrested, handcuffed and taken to Letterkenny Garda Station. A small quantity of cannabis herb was found.

McIlmurray has 17 previous convictions in Northern Ireland including 11 motoring offences, obstruction of a police officer, driving with no insurance, disorderly conduct and two cases of interfering with vehicles.

Defending solicitor Patsy Gallagher said McIllmurray had been in a “dark place” on the day of the incident, and had made a bad mistake in coming to Letterkenny during the Rally weekend. When the gardaí had stopped him initially, his friend, a passenger in the car, had shouted to him to “go, go, go” and he had driven off. “He fully accepts that what he did was wrong,” said the solicitor.

Since then, Mr Gallagher has broken all ties with that individual and taken steps to get his own life back on the straight and narrow. He appealed to the judge to allow time for a report from the NI authorities.

Describing the incident as “shocking and terrifying”, the judge said McIllmurray’s driving had been dangerous, and could have led to people being killed.

Garda Carter had bravely intervened and had been fortunate to escape with only a minor injury.

Judge Kelly said he did not believe a report from the authorities in Northern Ireland would be of any assistance in the case.

McIllmurray was subsequently sentenced to two terms of six months imprisonment on respective charges of endangerment and dangerous driving with the sentences to run concurrently. He was also banned from driving for two years on the dangerous driving charge. On the charge of refusing to provide a specimen, he was fined €500 and disqualified from driving for four years.