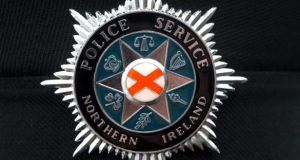 A man has been arrested over a suspicious death, police in Northern Ireland have said.

The PSNI said a man in his 50s was found dead at an address on Townhill Road in Rasharkin, Co Antrim.

The discovery was made at about 10am on Sunday morning.

Det Chief Insp Mary White said a postmortem examination was being planned but the man’s death was being treated as suspicious.

A 36-year-old man was being questioned in connection with the death.

Det Chief Insp White added: “The investigation is at an early stage and there are no further details at this time.”