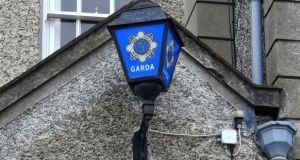 Gardaí have moved to allay the public over any fears they might have after video footage went viral of a motorist driving erratically on the wrong side of the road and only narrowly avoiding several crashes in west Cork.

Chief Supt Con Cadogan of West Cork Garda Division said the man’s driving, which was filmed by a passenger in a car following behind him as he drove from Bandon to Dunmanway, had caused huge outrage on social media.

But Chief Supt Cadogan said that he wanted to reassure people that the man had been stopped by gardaí shortly after the video footage ended and he was subsequently arrested, detained and dealt with appropriately by gardaí.

“It’s a miracle no one was killed or seriously injured – it really is one of the worst episodes of dangerous driving we’ve ever encountered and people have vented huge anger about it on social media where it’s gone viral,” he said.

“But people should know that shortly after the footage ended, gardaí caught the driver – we had received a number of calls and Garda cars from Bandon, Dunmanway, Clonakilty and Macroom all boxed him in and he was arrested.”

Chief Supt Cadogan appealed to motorists not to drink and drive this Christmas as gardaí will be out in force to enforce the rules of the road and warned that anyone who drinks and drives runs the risk of conviction and disqualification.

And he urged any motorists who come across fellow road users driving in a dangerous fashion not to be afraid to contact gardai or the emergency services by ringing 999 or 112 to help prevent serious injury or loss of life.