Lyra McKee featured in Forbes’ 30 under 30 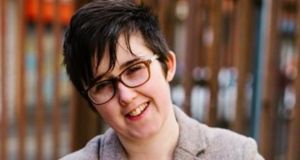 McKee was an author of Angels with Blue Faces, and had just signed a two-book deal with Faber & Faber. Her book, The Lost Boys, was due for publication in 2020.

The woman shot dead during rioting in Derry last night was journalist and author Lyra McKee.

The 29-year-old tweeted a picture of the disturbances shortly before she was killed, with the caption: “Derry tonight. Absolute madness.”

From Belfast, Ms McKee was an editor with California-based news site Mediagazer, a trade publication covering the media industry.

She was the author of Angels with Blue Faces, a non-fiction novella about a cold case from the Troubles, and had signed a two-book deal with Faber & Faber and her book, The Lost Boys, was due for publication in 2020.