Loyalist heartland appears caught in fog of confusion over Brexit

‘Nobody is bursting the door down to say there is Armageddon,’ says ‘Shankill Mirror’ editor 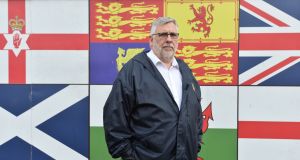 There was no sense of Brexit catastrophe on the loyalist Shankill Road in the aftermath of British prime minister Theresa May’s EU withdrawal plan being crushed by the House of Commons.

While the extent of the rejection of the EU-UK deal appeared to agitate much of Britain and Ireland, things were different in the loyalist Belfast heartland where this week people were taking the latest episode of the Brexit serial in their stride.

“Nobody is bursting the door down to say there is Armageddon and we are going to be building the trenches in the middle of the road, or that we have to stock up on the bread again,” said John MacVicar, editor of the local community free newspaper, the Shankill Mirror.

“There is nobody going up or down the Shankill Road with protest banners. It seems to be, what will be will be,” he added.

Not once in the past year did Brexit feature on the front page of the monthly paper, although North Belfast MP Nigel Dodds keeps readers abreast of the latest developments with his “Westminster Diary” inside.

The January edition came out just ahead of Tuesday night’s vote in Westminster. Mr MacVicar said that while Brexit has not particularly gripped the interest of his readers, local people were nonetheless familiar with the argument of the DUP and other unionist parties that the backstop would mean a border down the Irish Sea and therefore pose a constitutional threat.

Mr Dodds, in the current edition, wrote that “the backstop remains the poison which makes any vote for the withdrawal agreement so toxic” and, according to Mr MacVicar, most local people agreed with that view.

He explained: “The whole backstop, Border, border down the Irish Sea – all the language that has been used – has spooked the horses, so to speak, in terms of, what does this mean? Will it give Sinn Féin free rein, a free hand, in terms of a referendum on reunification?

“For many here the whole issue of the backstop effectively means Northern Ireland becoming a third country, and being ruled by Europe and having no say in it,” he said.

And Mr MacVicar added that the more the Irish Government protested that the backstop posed no constitutional threat, and the more Tánaiste Simon Coveney came to Northern Ireland attempting to reinforce that point, the more his readers became “suspicious” of a hidden agenda by Dublin. “There is no question about that,” he said.

But it was a quiet sort of upset, he added, and the same applied to the warnings by Mrs May that rejecting the withdrawal agreement could be damaging to Northern Ireland’s union with Britain.

Just before this interview, Sinn Féin leader Mary Lou McDonald was on RTÉ’s Today with Sean O’Rourke programme arguing the overwhelming rejection of the withdrawal deal further underlined the need for a border poll on Irish unity.

Hardly any surprise on the Shankill about that, reckoned Mr MacVicar. “You wouldn’t expect Mary Lou McDonald to say anything else, now would you?” he said.

Mr MacVicar said that, notwithstanding all the warnings about constitutional implications, people were relatively unperturbed by Brexit because, in short, they were no wiser than anybody else about what happens next.