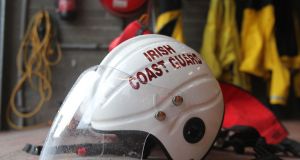 A man in his 60s was found floating in the sea in a semi-conscious state off Clare on Saturday.

A group of kayakers setting off from Seafield Pier near Quilty spotted him in the water.

The alarm was raised shortly after 10.30am and emergency services responded to the incident while the kayakers pulled the man from the water and brought him to land.

The man is believed to have fallen into the water from the pier and was unable to get back out.

The Kilkee unit of the Irish Coast Guard and ambulance service responded to the incident.

The Shannon-based search and rescue helicopter reached the scene within minutes as the crew of Rescue 115 had already been in the air and was on a training exercise just 30 kilometres away in the Loop Head area.

One onlooker said: “The whole thing was a bit scary after what happened here during the week. We were all down here on Wednesday when a friend of ours was brought in. Unfortunately he didn’t make it. It’s been a horrible week here in Quilty and we didn’t want another tragedy.”

Last Wednesday, the body of 20-year-old Stephen Mungovan was recovered from the sea a short distance away from the scene of Saturday’s successful rescue.