Mother of Fiona Pender said, ‘Her baby would probably be going to college now’ 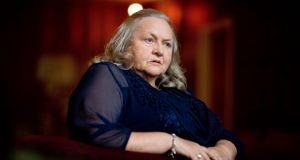 Josephine Pender: describing many dark nights, she talked of exhausting herself to the brink of sleep before finally hitting the pillow. Photograph: Tom Honan

Josephine Pender mentioned an unborn grandchild in any conversation about her missing daughter, Fiona, the most public of her many painful losses.

Mrs Pender, who died on Wednesday after a short illness, brought a heavy sorrow to her countless interviews and public appeals for information over 21 years.

Her son Mark died in 1995, a year before Fiona disappeared from her flat in Tullamore, Co Offaly. Her husband, Séan, took his own life in 2000.

“He couldn’t live without his children,” she once told me, no resentment in her voice. “He grew old in front of me. He went really down and never came back.”

Describing many dark nights, she talked of exhausting herself to the brink of sleep before finally hitting the pillow. “I can’t lie on the bed, because it’s just like a television programme going in front of my eyes, remembering everything.”

Tullamore was a supportive community for Mrs Pender. Nestled on a quiet side street in the heart of the town, the parish centre where she worked part time as a receptionist provided a distraction. Her poise and grace, despite her burden, were described as inspirational by Msgr Sean Heaney.

Work was a welcome diversion, but Mrs Pender devoted all her energies to finding Fiona’s body, to giving her daughter the dignity of a proper burial in consecrated ground.

She had quickly resigned herself to the fact that her daughter would not be found alive, for reasons she never explained publicly, harbouring suspicions that her daughter never left the midlands. Without proof, but resolute, she eventually confronted a man she suspected of involvement, likening his denials to “a block of ice”.

The case grew cold until 2008, when a makeshift cross appeared in remote woodland on the Slieve Bloom Mountains, a half-hour drive from Tullamore. Written on fresh timber were the words: “Fiona Pender. Buried here, August 22nd, 1996.” A Garda search yielded no answers.

Declining health would galvanise Mrs Pender, intensifying her focus in the time she had left. In 2011 she released the last photograph taken of Fiona, a month before she went missing. “I took it myself. It was such a happy day. Six months pregnant and with young kittens playing on her knee.”

She hoped the image might stir anyone with information to come forward, but this and a succession of related campaigns proved futile.

Again the community rallied around the family. A petition to name a new bridge after Fiona attracted 12,500 signatures but was rejected by the town council in favour of a monument on the banks of the Grand Canal, a fond spot for the missing woman. Based on the eternal clock, it symbolises the relentless passage of time and was designed by the sole surviving sibling, John.

Three years ago, gardaí acting on new information began excavating a site on the outskirts of Tullamore. I recall speaking with Mrs Pender at the time. Her defences were down, and she was convinced the closure she craved was imminent. But the search, like all before, was fruitless. She was visibly stricken, and she later told me she cried for weeks.

“It’s just hard. Hard to keep going. Hard to be hopeful,” she said, despondently, during our final conversation last year, on the 20th anniversary of Fiona’s disappearance.

Mrs Pender’s mind again turned to her unborn grandchild. “Her baby would probably be going to college now,” she murmured.

Josephine Pender goes to her grave, but the questions remain.

Will Faulkner works for Midlands 103 in Tullamore