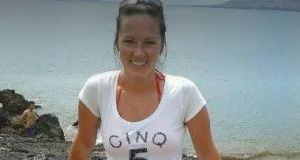 Majella Duffy from Co Cork who died while in Africa to climb Mount Kilimanjaro. Photograph via Facebook

A 35-year-old Irish woman has died while climbing Mount Kilimanjaro in Tanzania.

The woman has been named locally as Majella Duffy from Rathcormac, Co Cork. The cause of death has not yet been confirmed.

Ms Duffy’s family members were notified of her death on Friday afternoon. The Department of Foreign Affairs will liaise with her family in coming days on bringing home her body.

It is understood Ms Duffy decided to take on the challenge of climbing the mountain in memory of her late father, who died of a heart attack, and to raise money for the Irish Heart Foundation (IHF).

She had been well-known in the bodybuilding community in Ireland.

In her online fundraising page prior to the trip she said her father’s death had changed her life.

“I lost my dad, who was only 47 years old, to a massive heart attack 15 years ago. My entire life turned upside down in just a few minutes and was never going to be the same again.”

Anne Riordan, IHF regional spokeswoman, said the organisation was very saddened by the passing of Majella.

“It is desperately sad. I only met her a few times when she approached us about fundraising but she was such a lovely wonderful person. She was just fantastic. She raised nearly €9,000 for us [with this climb]. We would like to pass on our condolences to her family.”

It is understood Ms Duffy had started to feel unwell when she was at an altitude of 4,000 metres on Mount Kilimanjaro.

Adventure Holiday specialists, Earth’s Edge, issued a statement saying she had died on July 14th at 8.15am local time while on Kilimanjaro.

“We have a group trekking on Kilimanjaro at the moment and one of our team has unfortunately passed away. We have informed her family.

“She died of unknown causes while being attended to by a doctor at the scene.”

Ms Duffy was an employee of Laya Healthcare in Little Island, Cork.

Friends and members of the bodybuilding community took to social media to offer their condolences.

Competition Tanning Ireland wrote: “She was beautiful inside & out - thoughtful, friendly, considerate - not a bad word could have been said about her. RIP Majella.”

A former competitor wrote: “Very saddened to hear of the tragic passing of Majella Duffy. I was lucky enough to share the stage with this lady twice.

“Beautiful girl and absolutely fabulous physique... so so sad. Thoughts and condolences with her family and friends.”

Ms Duffy was an athletic person and frequently attended NRG Xpress gym in Little Island. She was an only child and is described as being a person of extraordinary drive and energy.

Irish man Ian McKeever (42) died on Mount Kilimanjaro in January 2013 when he was struck by lightning.

Mr McKeever, from Lough Dan, Co Wicklow, was well known for his charity work, adventuring and mountaineering. Several other climbers, including Mr McKeever’s fiancé Anna, were injured during the incident.

He had been a leading member of the Kilimanjaro Achievers Team, a group of veteran climbers that led groups to the top of the mountain.