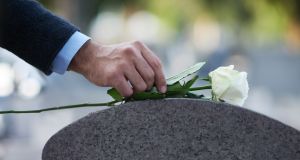 One historian posits that Protestants’ propensity to be ‘more sparing with the doughnuts’ may be one reason for their lower mortality rates. Photograph: iStock

Protestants live longer than Catholics, according to new Central Statistics Office research – a fact attributed by historians to their thriftier lifestyles.

A CSO examination of data on persons who died in the 12-month period after April 24th, 2016 – that year’s census day – found Protestants had a lower mortality rate than Catholics.

There were 563 Protestant deaths for every 100,000 people in the population compared with 660 for Catholics, the CSO said.

These are described as “standardised death rates”, which do not represent absolute figures but are rather statistical measures that factor out distorting variations in population groups so direct comparisons can be made.

The difference between the religions applied roughly the same for both men and women.

Irish historian Roy Foster may have explained one reason for Protestants living longer than Catholics when he wrote in a recent book that Irish Protestants were “experts at keeping themselves warm in cold houses”.

“It has quite a lot to do with frugality. They would be very thrifty and frugal, and would probably not overeat,” said Dr Ida Milne, a lecturer in European history at Carlow College who jointly edited the book, Protestant and Irish: The Minority’s Search for Place in Independent Ireland.

“They are healthier but they might not have done it for healthier reasons. They would see thrift and not living a luxurious lifestyle as a virtue so that might mean that they might be more sparing with the doughnuts,” she said.

“They may have made them but not ate them,” said Dr Milne, who is a member of the Church of Ireland.

The CSO research found that people living in affluent areas tended to live longer, as did married people over single people, owner-occupiers over renters, managers or technical staff over unskilled workers, and people with third-level education over those with just a primary school education.

The life expectancy for men at birth in the poorest areas of the country is 79.4 years compared with 84.4 years for men living in the most affluent areas.

For women in the most-deprived areas, they lived on average to 83.2 years compared with 87.7 years in the wealthiest areas.

People living in accommodation provided by local authorities or voluntary bodies fared worst of all; their mortality rates were on average 59 per cent higher than those living in homes they owned.

Compared with European averages, Irish men and women live longer. The life expectancy at birth across the 28 EU member states was 81 years in 2016 – 83.6 years for women and 78.2 years for men.

Among cities and their suburbs, Galway had the lowest standardised death rate, Dublin had the second-lowest and Cork had the highest.

The statistics are based on a data-matching exercise on information taken from the vital statistics mortality data and the 2016 census on all deaths recorded between April 25th, 2016, and April 24th, 2017.

The analysis was confined to people who were usually resident and present in the State on census day. Deaths registered on certificates issued by coroners as a result of an inquest or postmortem were also included.