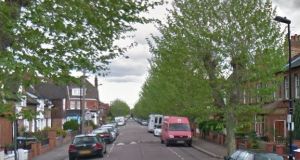 Police in England have issued an appeal for information after an Irish man died near his north London home following a verbal altercation with two youths.

Detectives are seeking information and witnesses after 62-year-old Joseph Kelly collapsed and died following the incident on Moselle Avenue in Wood Green on the evening of Wednesday, April 12th.

Officers are particularly keen to trace two teenagers who they believe argued with Mr Kelly before his collapse.

Mr Kelly was a fitter and welder. He is understood to have worked extensively in Britain and elsewhere in Europe, before settling in the Wood Green area in recent years.

Police said Mr Kelly had a close circle of friends in the Noel Park area of Wood Green.

They also said Mr Kelly was known to suffer from poor health.

Mr Kelly was born and grew up in Tullamore, Co Offaly.

A spokeswoman for the English police said the force would not comment on whether Mr Kelly’s remains had been claimed by relatives in Ireland for repatriation to Tullamore.

A spokeswoman for the Church of the Assumption in Tullamore said the priests of the parish had been given no details on any repatriation and had not been asked to prepare a requiem Mass.

A postmortem conducted at Haringey Mortuary on April 13th did not establish a definitive cause of death, but made reference to Mr Kelly’s recent poor health.

Police officers are awaiting the results of further tests.

Det Chief Insp Luke Marks, who is leading the investigation, said: “The death is not being treated as a homicide; however, a police investigation into the circumstances of the death continues.

“I am very keen to trace anyone who saw Mr Kelly in Moselle Avenue, and in particular I wish to speak with two teenagers who had argued with him shortly before he collapsed.

“I would urge those young men to get in touch and simply tell me what happened.”