Europe is ‘safest region in world to drive’ says EU, which aims for no road deaths by 2050 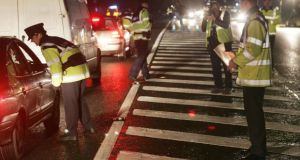 The number of road fatalities in the Republic has fallen one third over the last decade. File photograph: Frank Miller

Ireland was the second best-performing country in the EU in 2019 in terms of road safety, according to preliminary figures published today by the European Commission.

The number of road fatalities in the Republic has fallen one third over the last decade with the lowest point recorded in 2018 when 140 people lost their lives as a result of fatal incidents involving vehicles on public roads.

That number increased slightly to 141 in 2019 according to adjusted figures from the Road Safety Authority.

From the start of this year to June 10th, there have been 64 fatalities as a result of 60 fatal crashes on Irish roads.

A total of 64 fatalities were also recorded from January 1st, to June 10th 2019. However this year there were five extra fatal crashes – up from 55 in the similar period in 2019 to 60 fatal crashes.

The figures for road deaths in 2020 show no reduction due to Covid-19 travel restrictions .

The Road safety Authority said this was likely due to more pedestrians and cyclists being on the roads.

Overall, the State recorded 29 road fatalities per million inhabitants in 2019, according to the EU, which studied road safety across the Union.

Ireland was surpassed only by Sweden where 22 per million people died on the roads.

With an average of 51 road deaths per one million inhabitants, Europe remains the safest region in the world when it comes to road safety, the EU said.

EU Commissioner for Transport Adina Valean said the goal was to have “no deaths and serious injuries on European roads by 2050”.

“This is our goal” she said. An interim target of 50 per cent fewer deaths, and 50per cent fewer serious injuries has been set for 2030, “and we know our target is achievable”, she said.

A previous EU target of halving the number of road deaths between 2010 and the end of 2020 will not be met.

The EU has seen a substantial decrease in road fatalities in the past, but stagnating figures in recent years. In addition, disparities among countries remain huge.

“We will reach our goal only through a combination of legislative measures, adequate funding, standards for vehicles and infrastructure, digitalization, and best practices exchange,” said Ms Valean.