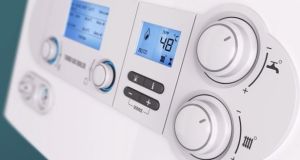 Ireland is “going backwards” in reducing CO2 emissions from domestic heating and new building energy guidelines due to come into force later this year are already out of date.

That is according to a submissions from the Tipperary Energy Agency which told the Oireachtas Committee on Housing, Planning and Local Government a “step change” was needed to meet low energy building targets.

Under the current building regulations, a typical home is built to an A3 Building Energy Standard, or BER. Currently, based on Central Statistic Office statistics, 98 per cent of all new homes are now built to an A3 rated BER standard.

Under the Nearly Zero Energy Building (NZEB) regulations already published, this will change to a BER of A2, or its equivalent from November.

But according to Tipperary Energy Agency chief executive Paul Kenny, while new homes will be more energy efficient, they continue to be built with fossil fuel boilers, and the volume of new homes being built with fossil boilers is negating the potential emissions reductions from greater efficiency.

Fossil fuel boilers were also negating the potential effects of the retrofitting programme for existing buildings he said.

Mr Kenny said the insulation of heat pumps which typically take heat from the air or the ground was the green alternative and “it is how we will eliminate fuel poverty”.

He said using heat pumps to replace fossil fuel boilers for domestic heating was “not rocket science.” But he said such a move was not part of the soon-to-be-published new building regulations.

He agreed with the submission by Pat Barry CEO of the Irish Green Buildings Council that the investment would provide thousands of sustainable jobs over a period of 30 years. But both men also told the committee there was an urgent need for training of trades men to deliver the change.

“That could be changed at the stroke of a pen by the Minister” he told the Committee.

Green Party leader Eamon Ryan told the committee the Dáil had recently declared a climate emergency and the new building regulations could be the first test of that concern. He said the forthcoming building regulations should be amended to say “stop using fossil fuel heating systems.

Mr Ryan said the situation regarding the retrofitting of energy measures to public buildings was also very stark. He said little or no progress had been made in an area which included schools, hospitals, garda stations and Government buildings.

However, Jim Gannon chief executive of the Sustainable Energy Authority of Ireland said in 2019 nearly 50 per cent of new homes were already being built with heat pumps installed. In relation to retrofitting older houses he said SEAI provided a range of grants - up to 100 per cent for those on low incomes in danger of fuel poverty.