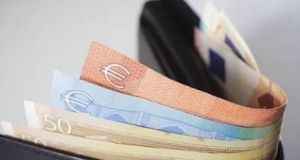 The Government is expected to announce new proposals to end the controversial lower pay arrangements in place for about 60,000 staff who were recruited to the public service since 2011.

The Government will not go beyond the measures announced on Monday to end lower-pay arrangements for personnel recruited since 2011, Minister for Public Expenditure Paschal Donohoe has signalled.

About 35,000 staff across the public service will benefit next year from new Government proposals aimed at ending the controversial arrangements.

Recent entrants to the public service will see their pay catch up with that of longer serving colleagues over time by being permitted to jump some points on their existing incremental pay scales.

However there would not, for example, be a re-introduction allowances that were also abolished for public service personnel appointed after 2011 or any payment of backmoney.

Teachers’ unions warned the Government’s proposals did not go far enough and would not deliver full pay equality while the Irish Medical Organisation (IMO) said the new initiative would do nothing to tackle the crisis in recruiting and retaining consultants in public hospitals.

Under the proposed measures, which would come into effect in March, those taken on since 2011 would jump an increment when they reached the fourth and the eighth point on their respective pay scales.

Staff recruited in 2011, who have experienced the lower pay rates for the longest, will receive a double incremental benefit next year.

The Government maintained that by jumping or bypassing points on the pay scale, the staff concerned would reach the maximum point of the scale in a shorter timeframe.

The proposed initiative would cost close to €200 million by 2026, when the most recently-appointed public service staff would see the full benefit of the new proposals.

The Government believes over 35,000 staff across the public service would benefit next year.This number would increase to 47,750 in 2020.

A Government report last March estimated about 60,000 staff across the public service were affected by the lower pay rates introduced for those taken on after 2011. This included more than 16,000 teachers, nearly 5,000 special needs assistants and almost 10,000 nurses.

Mr Donohoe said the Governent’s proposals represented an affordable way of dealing with a long-running issue. He said the measures would be put in place on a phased basis, spreading out to 2026.

He said the new initiative provided a “credible pathway” to addressing the two-tier pay system.

However Mr Donohoe ruled out any further measures to boost pay for public service staff taken on since 2011.

He said a key commitment he had made to unions in the public service agreement reached last year was to try to find a way that salary scales could be integrated for recent entrants.

“That is what we have done. We are not going to be making any further changes beyond this.”

The country’s largest public service union Fórsa, said the new measures successfully addressesed the task that unions undertook in 2013 to resolve the issue of lower pay for newer entrants

It said that bypassing of points 4 and 8 of the pay scales ensured an equitable outcome for new entrants in different circumstances. “We are satisfied that the measures we’ve developed in our discussions with the Government have achieved this outcome.”

The Association of Secondary Teachers Ireland (ASTI) said the Government’s proposals did not resolve the issue of pay equality for teachers.

ASTI president Breda Lynch said while the proposals would give some money back to members, they did not address the issue of the removal of the HDip allowance for newer -entrant teachers.

She said teachers traditionally were appointed on the third point of the pay scale and the Government measures did not deal with this issue either.

The general secretary of the Teachers’ Union of Ireland John MacGabhann said the Government proposals would not resolve the crisis in the supply of teachers.

“While this does represent an improvement in respect of certain issues, it does not obviously deliver pay equality with regard to other issues that were outside the scope of this particular arrangement.”

IMO president Dr Peadar Gilligan said “While we recognise these proposals will benefit many public servants, for consultants the principle of equal pay for equal work is not addressed and the disparity is so significant that it is all the more surprising that Government did not seek to engage with the IMO on this specific matter.”