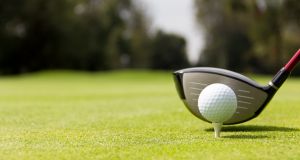 Cahir Park Golf Club has informed distant members - defined as those living more than 40km away - who have booked tee times that they can no longer play while Covid-19 restrictions remain in place. Photograph: iStock

A golf club has had to remove members from its booking system following the intervention of gardaí who said it was “unacceptable” for them to travel more than five kilometres to play.

Cahir Park Golf Club has informed distant members - defined as those living more than 40km away - who have booked tee times that they can no longer play while Covid-19 restrictions remain in place.

It has also reiterated those living more than 5km away that they cannot play either.

The club has 800 members of whom approximately 200 are distant members of the 18 hole course which is in a parkland golf course on the banks of the River Suir outside Cahir town in Co Tipperary.

Golf clubs opened on Monday, but members and guests are not allowed to play if they breach the 5km zone on non-essential travel because of the Covid-19 restrictions.

On Monday gardaí visited the golf course to check on the registration plates of some of the players to see where they have come from.

Golf club honorary secretary Stephen Costello said he has had to cancel tee times for “one or two” distant members from its schedule.

“I phoned them and they understood the situation,” he explained.

“It is not possible for any distant member to play golf at the moment. We have no sympathy for those who have tried to break the guidelines.”

In the email sent to distant members, Mr Costello said the gardaí had told the club that it was “unacceptable” for them to play and warned it to “ensure this does not happen”.

He added: “In view of this instruction we have no alternative but to remove distant members from the BRS booking system with immediate effect. We do hope that you understand the action we have had to take. Each members that has a current booking will be phoned by the club to clarify the situation.”

The BRS system is a popular software system in Irish golf clubs which allows members to book tee times.

Mr Costello told The Irish Times that the club has at all times sought to stress to members the importance of maintaining the 5km rule and pointed to a number of emails that he sent members to that effect.

However, he added: “”I think we have been a pretty good model for golf clubs. We can’t police everybody. That’s not our job.

“We have put a lot of effort putting over our message about the 5km and it is a difficult message and also getting over all the protocols you have to put in place.

“You have to look at the infrastructure of the club and a golf club is more challenged now than it has ever been.”

Mr Costello says he practices what he preaches as he lives eight kilometres away from the club and has not set foot in it since March 24th. “It’s a huge frustration and I have things to do with regard to employment and I having to do it all at home, but that’s my commitment to Covid-19 and the golf course.”

A garda spokesman said under the new guidelines, An Garda Síochána “will continue to adopt, a graduated policing response based on its tradition of policing by consent. This has seen garda members engage, educate, encourage and, as a last resort, enforce.

“Where potential breaches of the public health regulations are identified, and where a person does not come into compliance with the regulations, a file is submitted to the Director of Public Prosecutions for a direction as to how to proceed.”

When asked if other golf courses had been contacted in a similar way by gardaí, the spokesman said the force had “no further comment” to make.