Funding suspended to St John of God order in Malawi 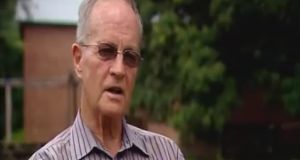 Brother Clohessy was head of St Augustine’s, a school for boys with special needs in Blackrock, Co Dublin, from 1970 until 1993, when he was relocated to Malawi. Photograph: Youtube

A charity has suspended its funding to the St John of God Order for a project in Malawi following allegations of child abuse against a former school principal and member of the order.

Misean Cara, which gets funding from the State’s overseas development programme Irish Aid, said it was “extremely concerned” about issues raised involving Brother Aidan Clohessy. It said it had requested “a number of clarifications” from the order.

Br Clohessy was head of St Augustine’s, a school for boys with special needs in Blackrock, Co Dublin, from 1970 until 1993, when he was relocated to Malawi. The first serious child-abuse allegation was made against him in 1985 and two new claims by former St Augustine’s pupils emerged as late as last month.

The St John of God order has confirmed it has told the Garda Síochána about the new allegations.

Misean Cara said at the weekend that in entering into funding and contractual arrangements, the St John of God Order (SJOG) had given “an undertaking to Misean Cara that it has in place a safeguarding policy and that this policy is fully implemented in respect of this project”.

“As a result, any funding we have provided to SJOG in respect of this project has now been suspended,” it said in a statement.

“We will be carrying out an audit of compliance by St John of God with their contractual undertaking to Misean Cara regarding child safeguarding.”

The charity said it was “extremely concerned about the issues raised” and that it had “requested a number of clarifications from St John of God’.

The Department of Foreign Affairs and Trade, the department which funds Irish Aid, said it was aware of the recent allegations against a member of the order.

“Upon becoming aware last month of these allegations, the department was in immediate contact with Misean Cara, which supports the work of Irish Missionaries to request a full report,” it said.

Following media reports about the matter last month, the order said it could not comment on individual cases or on cases arising from “unsubstantiated reporting”.

It said it was responding in accordance with its safeguarding policies and procedures and had reported the allegations to the relevant authorities and would co-operate as required.

The order said it was reviewed in Ireland by the National Board for Safeguarding Children in the Catholic Church in December 2015 and had fully co-operated.

“Up to 2012, the order fully accepts that its responses were not what they should have been in the reporting and management of cases.” All the allegations reviewed by the safeguarding board were reported to the Garda Síochána and Tusla, the Child and Family Agency.

It reiterated its “unreserved apology to any individual who has suffered any form of abuse while in its care”.

Irish journalists were brought to Mzuzu, Malawi’s third-largest city, in 2010 to see the work of the Tipperary-born brother, who had established an array of mental and other health services for some of the most vulnerable people there, including prisoners.