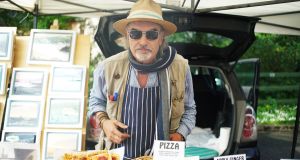 The European Arrest Warrant which France will issue Ian Bailey following his conviction in Paris on Friday for the murder of Sophie Toscan du Plantier is likely to be processed more quickly by the French authorities than earlier warrants, according to a lawyer acting for Ms Toscan du Plantier’s family.

Alain Spilliaert, who acts for Mr Toscan du Plantier’s parents, son and brothers, said he could not predict when exactly the warrant would be issued for Mr Bailey’s arrest and extradition to France, but said the new warrant would differ from earlier ones issued in 2010 and 2016.

“The European Arrest Warrants issued in February 2010 by Judge Patrick Gachon and in July 2016 by Judge Nathalie Turquey were different in that they were issued by investigating magistrates – this warrant will be issued by the Public Prosecutor’s office in Paris on foot of Mr Bailey’s condemnation.

“As a consequence, I would expect it be processed more quickly by both the French authorities and their counterparts in the Irish Department of Justice but I still would not predict how quickly – I know Ian Bailey has said he is expecting to be arrested on Tuesday but I don’t know,” said Mr Spilliaert.

Mr Spilliaert also predicted that whatever the outcome of this latest extradition attempt, he expected the ruling to be appealed to the Supreme Court.

France is looking to have Mr Bailey sent there to serve the 25-year term imposed by Judge Frederique Aline in the Cour d’Assises in Paris on Friday.

“In 2011, Judge Michael Peart in the High Court of Dublin ruled that Ian Bailey was to be extradited to France, but Ian Bailey’s lawyers appealed it to the Supreme Court, which ruled in 2012 against permitting such surrender – so Mr Bailey was saved from coming to France to be charged.

“Then, in 2016, Judge Tony Hunt in the High Court of Dublin ruled against extraditing him to France because of the 2012 Supreme Court ruling, and the Irish Department of Justice opted not to appeal the ruling to the Supreme Court, so the decision in that case was made quite quickly with no appeal.

“However, this time, I think because Mr Bailey has now received a condemnation or conviction in France for the murder of Sophie Toscan du Plantier, whatever happens in the High Court, I think it is likely that the decision will be appealed by the losing side to the Supreme Court.”

In 2016, Ms Toscan du Plantier’s family’s lawyer, James MacGuill, warned that the 2016 warrant would fail unless the Dáil changes what he was said was a defective transposition of an EU directive on extradition into Irish law to address issues raised by the Supreme Court.

Mr Spilliaert said he was not aware of such a move having since taken place, but he remained hopeful the Irish courts would recognise the legitimacy of the French justice system and its decision to convict Mr Bailey, albeit in absentia, after a trial which was fully in keeping with French law.

Mr Bailey, who was back selling his homemade pizza at his stall at the market in Schull at the weekend, predicted he could be arrested as soon as Tuesday by gardaí on the new warrant and brought before the High Court for a preliminary bail hearing in Dublin, as happened in both 2010 and 2016.

“I’m expecting probably to get arrested for a third time on a European Arrest Warrant sometime next week ’cos somebody said to me, ‘Oh the French are going to come after me for a €1 million – do you have any assets?’ Well, I responded in a sort of Wildean way, saying ‘The only asset I’ve got is my genius’.

“They’ve done what they’ve done in France [but] I don’t feel like a criminal and who knows, I might end up in a French prison, and I’m not using dark humour [when I say that],” said Mr Bailey, who admitted he felt like he was “in the eye of a hurricane” during the past week.

Mr Spilliaert confirmed he hopes to obtain compensation for Ms Toscan du Plantier’s family on Tuesday, when the Cour d’Assises makes a ruling which would grant the family members awards for the loss of their loved one, as is permissible under French law.

In his submission to the court, Mr Spilliaert submitted that Ms Toscan du Plantier’s elderly parents, Georges and Marguerite Bouniol, should be awarded €75,000 each, her son Pierre Louis Baudey-Vignaud should be awarded €70,000 and her brothers, Bertrand and Stephane Bouniol €60,000 each.