Frank Murray was ‘a hugely proud Irishman full of culture’ 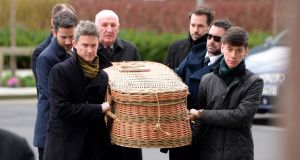 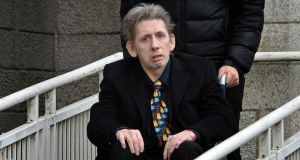 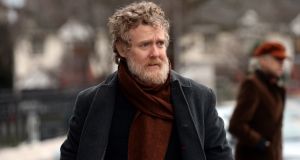 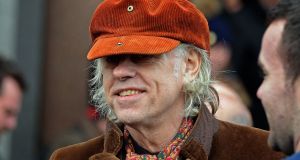 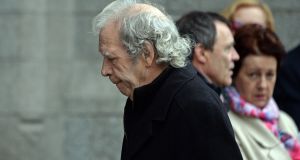 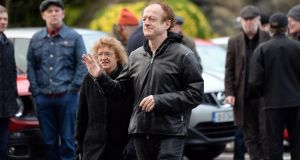 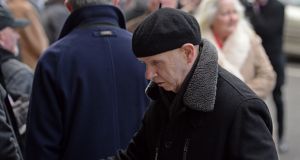 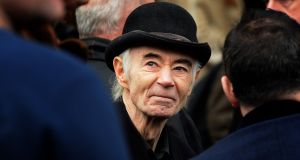 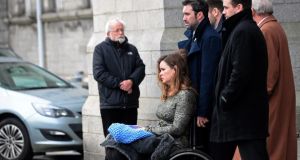 Shannon Murray at the funeral of her father Frank Murray. Photograph: Eric Luke

“Awesome musicians need an awesome manager to keep things under control,” she said in a eulogy during the service at Mount Argus Church in Harold’s Cross, Dublin.

Murray (66), who managed The Pogues for many years, died at St James’s Hospital in Dublin on December 22nd from a suspected heart attack.

He also worked with Phil Lynott and Thin Lizzy in the 1970s as well as Elton John, The Specials, and The Frames.

For his family, this year felt “less bright, scary, the colours feel dull, there’s less joy around and the future looks very distorted”, Ms Murray added. “I still can’t grasp how someone so full of love, with huge amounts of energy and such massive zest for life can be gone: there one day and then just gone without warning.”

She said his “love for Dublin was immense. He was a hugely proud Irishman full of culture, history and, of course, politics.”

Frank’s brother, Pat Murray, said, “There have been a lot of tears shed and sorrow felt” since his death. “It was so unexpected, no farewell, no brotherly goodbyes, heartbreaking phone calls, broken hearts.”

Speaking before the Mass, Pat Murray said: “Frank would not have wanted sadness to dominate today. He would like us to mark his life positively – a celebration of remembrance, his achievements – and that’s the way we’re going to approach it.”

As Mass celebrant Fr Joe Kennedy said, it was to be “a celebration with a difference”.

Gifts brought to the altar by family and friends included Murray’s fedora hat which Pat said “gave an extra few inches”. There were seashells from Sandymount beach – “which he walked every other day” – and a Dubs jersey from the 1976 All Ireland final “when they beat Kerry for the first time”.

Included was a copy of Joyce’s Ulysses, though “there was a time when it was banned in the church”, a map of London “where Frank spent so many years” and an acoustic guitar “as music will be a big part of this celebration as it was in Frank’s life”.

Finbar Furey played The Lonesome Boatman as the wicker coffin was carried into the church and The Lost Brothers performed Who Could Love you More.

Readings were by niece Shona Murray and Séamus Keogh, son of the deceased’s partner. The gospel was read by friend Fr Jimmy Teeling, who delivered a short homily. Seán Boylan sang Ave Maria, and Nearer My God to Thee.

At Communion Pete Cummins performed All My Tears, Mary Stokes sang The Foggy Dew followed by Glen Hansard who sang A Rainy Night in Soho by The Pogues. Guitarist Philip Donnelly performed Drift Away from the altar.

Chief mourners were Frank Murray’s wife Ferga and children Shannon, Emmet, Dara, Aran, his partner Kay and her son Séamus, as well as his brothers Pat and Brian, and sister Anne.