FF Senator says ‘seagulls have lost the run of themselves’

Senator accuses seagulls of being raucous and stealing children’s lollipops 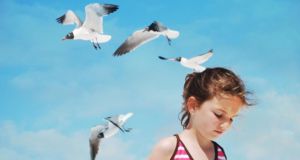 Seagulls in Dublin have “lost the run of themselves completely”, a Fianna Fáil senator has told the Seanad.

Senator Ned O’Sullivan that while he “could take or leave pigeons” he is “very much against seagulls”.

The Senator said he lived in an apartment block and finds it difficult to get a night’s sleep because of the seagulls.

“I saw that they’re getting so cheeky now that they attack young children and dispossess them of their lollipops and stuff like that.”

Mr O’Sullivan added that seagulls appeared more interested in eating human waste than looking for fish and called on Minister for the Environment Alan Kelly to examine what can be done.

The Kerry based senator faced sniggers from fellow Senators while making his contribution, but insisted that while it might be funny, it is a “serious issue”.