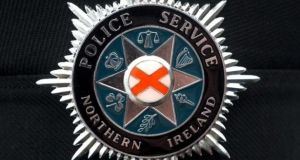 A crude explosive device has been found outside the west Belfast home of the brother of murdered solicitor Pat Finucane.

The police said the remnants of the device, which did not ignite, were found in the front garden of the property on Thursday.

The Sinn Féin MP, Paul Maskey, said it had been left outside the home of human rights campaigner Martin Finucane.

The Police Service of Northern Ireland (PSNI) said it received a report shortly after 6.30am that an object had been thrown at the front window of a house in the Glenties Drive area, smashing an outer pane of glass.

A vehicle was heard making off from the scene, and on further examination a suspicious object was discovered in the front garden,the PSNI said.

British Army bomb experts attended the scene and “declared the object to be the remnants of a crude explosive device that did not ignite.”

Two adults who were in the house at the time were not injured as a result of the incident.

Detective Sergeant Keith Wilson said a motive for this attack has not yet been established, but it was “extremely fortunate no one was injured in what was a reckless act in a built up area.”

Mr Finucane is the brother of Pat Finucane, who was shot dead by loyalist paramilitaries in 1989. He is also the uncle of the Sinn Féin politician and MP for North Belfast, John Finucane.

Mr Maskey said the attack was “ reckless and shows a callous disregard for the Finucane family and the local community.

“Those behind this device have nothing to offer society. I would call on anyone with any information on those responsible for this attack on a home to bring it forward to the police,” he said.

The campaign group Relatives for Justice said it was “absolutely sickened” that a bomb had been thrown at the home of one of its founding members.

“Martin has travelled the world to shine a light on state collusion in his brother’s case and hundreds of others. Our solidarity is with him this morning,” the group said.

The human rights organisation the Pat Finucane Centre, of which Mr Finucane is a board member, said it was “shocked at the news that a crude explosive device [was] thrown at the home of Martin Finucane this morning.”

Paul Doherty of the SDLP said the attack was “wrong and shows a reckless disregard for both the Finucane family and the wider community.”

“Those responsible have nothing to offer this community. We are trying to build a better West Belfast and acts like this only make that harder. They have to be faced down,” he said.

The PSNI appealed for anyone who was in the area of Glenties Drive around the time of the incident, or anynone who witnessed any unusual activity or vehicles to contact detectives in Musgrave Police Station in Belfast on 101 quoting reference 212 20/02/20.