Exaggerated statements by insurers on ‘fraud’ not helpful, says Faughnan 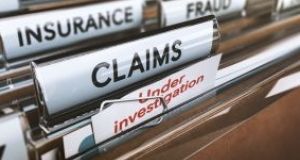 The impact exaggerated or fraudulent motor insurance claims are having on premium prices could actually be worsened by the exaggerated claims being made by the industry itself, according to the AA’s Conor Faughnan. File photograph: Getty

The impact of exaggerated or fraudulent motor insurance claims on premiums could be worsened by exaggerated claims made by the industry itself, according to the AA’s Conor Faughnan.

He was speaking in the wake of comments from Sinn Féin’s Pearse Doherty at an Oireachtas committee hearing last week in which Mr Doherty accused the industry of “completely exaggerating” the number of fraudulent claims it receives.

According to the insurance industry, as many as one in five claims made in Ireland are suspicious. Mr Doherty said he was able to establish that only a handful of suspect claims were reported to the Garda.

The Oireachtas has been examining the cost of insurance premiums and other difficulties facing the sector, such as disproportionately high awards in the courts for pain and suffering caused by minor injuries.

“They don’t mean one in five claimants has staged an accident rather that they are exaggerating the extent of their injuries to get an increased payout”.

FBD’s chief claims officer Jackie McMahon said he stood over the assertion that the level of fraud was running at 20 per cent but accepted the word fraud was imprecise and covered “a large spectrum” from criminals who fake crashes to people who exaggerated the extent of their injuries.

He told The Irish Times that in financial terms thi was costing the company in the region of €20 million each year and the cost would be twice that, were it not for its pursuit of people who it believed were making false or exaggerated claims.

He stressed while many of those it pursued were making claims which turned out to be fraudulent, these people were virtually impossible to pursue in the courts

He pointed out a compensation culture had been feature of Irish society for more than 40 years and said to link it to the doubling of premiums in recent years was misleading.

Mr Faughnan said the real issues were linked to litigation and the potential for substantial payouts for relatively minor injuries.

“This is a system that has been broken for years and until the legal profession is taken out of the equation premium cost will remain resolutely high.

He went on to say the system “as it stands is designed to transfer money from the pockets of motorists to the pockets of lawyers via the insurance industry. “The legal profession has been hoovering money out for years and giving nothing back in return,” Mr Faughnan said.

According to figures from the individual insurers and the Central Bank, fraudulent or exaggerated claims are costing individual motor insurance customers around €50 each year.

With the average annual cost of an insurance premium running at around €600, the actual cost of fraud and exaggerated claims appears to be closer to 10 per cent than the 20 outlined at last week’s hearing.