East meets West in the growth of Belfast arts festivals

The west Belfast Feile, which has been running since the height of the Troubles 25 years ago, has served as a model for the East Belfast Arts Festival, now in its second year 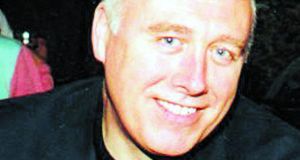 Just over 25 years ago some of the most shocking images from the Troubles were transmitted across the globe. They showed west Belfast caught in a vortex of bloodshed and fear: the terror as loyalist gunman Michael Stone shot dead three mourners at the funeral of the “Gibraltar Three” in Milltown Cemetery; the horror as later the same week two British corporals were attacked by a crowd, beaten, stripped and then shot dead by IRA men; and Fr Alex Reid praying over them.

Back then in March 1988 it was impossible to imagine anything positive emerging from the west Belfast wreckage. But it did with the birth in August that year of the West Belfast Festival or Feile an Pobail, which as Feile 25 now celebrates its silver anniversary as the largest community festival in Ireland.

“In 1988 the DUP called for a wall to be built around west Belfast and the British government referred to the people as a terrorist community,” recalled Danny Morrison, writer, former Sinn Féin director of publicity, former IRA prisoner and also one of the founders of the festival.

“Our reaction to that was, ‘let’s show the positive side of the community, let’s show that that isn’t the case, that it is not a terrorist community’,” he said.

The 11-day festival always covers the period August 9th and 10th as this was when internment without trial was introduced in Northern Ireland in 1971.

Similar to the recent Twelfth of July in Belfast, this invariably was an anniversary met with serious violence in west Belfast. The Feile provided an alternative focus, a valuable distraction and diversion, notwithstanding that some expressed scepticism about a “Provos at play” carnival.

“It wasn’t Provos at play, it was and is a community festival,” said Morrison.

“The festival has cemented a sense of identify and perhaps ended prejudices and biases that people had about west Belfast.”

IRA ceasefire
The festival began to flourish after the first IRA ceasefire of August 1994. “The ceasefire liberated everything and made so much possible,” he said.

This year’s 108-page impressive bilingual programme offers a mixture of artistic events to suit all interests whether low, high or middle-brow, as well as serious discourse on political and historical issues – including some events on the loyalist Shankill Road.

The festival has seen unionists and nationalists begin to tentatively open up to each other. In local public forums, loyalists and unionists such as Billy Hutchinson, Gregory Campbell and Jeffrey Donaldson engaged in disputatious but generally polite debate with republicans.

The festival is now serving as a model for east Belfast, another area that regularly suffers summertime sectarian violence.

Much of the Twelfth of July violence was focused on the Woodvale Road and Ardoyne in north Belfast, but it also spilled over into east Belfast, particularly along the loyalist/nationalist interface at the Lower Newtownards Road and the Short Strand.

And during the flags disturbances that ran from early December to well into the spring there were also regular eruptions of trouble in this area of east Belfast.

Which is why, as part of this year’s second East Belfast Arts Festival, local loyalist and nationalist communities are being asked to bedeck their areas with special bunting, not of the overtly sectarian variety but displays that reflect the special nature of east Belfast: the shipyards, the engineering, the Titanic and also, of course, the Orange and the Green.

The West Belfast Feile has fraternal links with the East Belfast festival.

“We can show them shortcuts, how to draw down funds; it’s a win-win situation,” said Morrison.

Mimi Turtle, chairwoman of the East Belfast festival, said the festival’s purpose was to “pack a positive punch for east Belfast”, to “connect art to the community, increase character” and bring “civic pride in the area”.

Similar to west Belfast all those years ago, it’s about trying to transform a negative into a positive, added one of the East Belfast festival founders Deirdre Robb.

“It’s to celebrate a people, an area and its culture.”

Josh Dunne murder: Gardaí wish to speak to two food delivery men 14:34
Life under Level 4: What restrictions will look like if lockdown is eased 13:55
Ireland still ‘very vulnerable’ with ‘exceptionally’ high levels of Covid-19 in over-85s, Nphet warns 13:55
Students who sat postponed Leaving Cert to get results next Tuesday 13:42
Donnelly admits unlikely 700,000 people will be vaccinated by end of March 12:55