Dunnes worker sacked for telling colleague to ‘slow down’ 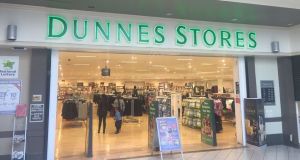 Dunnes Stores sacked a worker for instructing a colleague at a Cork branch to slow down his work ‘and drag himself around’.

Dunnes Stores sacked a worker for instructing a colleague at a Cork branch to slow down his work “and drag himself around”, a tribunal heard.

Eileen Buckley, a former worker at the Dunnes outlet at Bishopstown in Cork, sued the company for unfair dismissal after she was sacked for gross misconduct.

On Thursday, the Employment Appeals Tribunal (EAT) found that Ms Buckley was unfairly dismissed and awarded her €9,330.

However, the EAT said Ms Buckley had made a major contribution to her own dismissal.

In evidence, the colleague, named as “MS”, said that Ms Buckley had approached him and said that he had to slow down in order to create more work.

MS said Ms Buckley then had a text sent to him through a colleague that again told him to slow down at work.

The text said extra hours would lead to extra pay for him and others and that he would make more money if he “dragged himself around”.

MS told the tribunal that he had not felt great after receiving “this instruction”.

MS reported the message to management.

Dunnes Stores then mounted an investigation that ended with Ms Buckley’s instant dismissal.

A Dunnes manager named JP told the EAT that Ms Buckley was accused of trying to create a situation where extra hours would have to be worked, which would result in extra pay.

Over a four-day hearing in Cork, JP told the EAT that he found MS’s evidence compelling and had made a finding against Ms Buckley.

TOS said that asking MS to slow down at work would increase labour costs for Dunnes. He said that this was a breach of trust.

Giving sworn testimony, Ms Buckley said that she had worked for Dunnes for 10 years and had been a union shop steward for nearly nine years.

Ms Buckley said that she felt that MS was rushing around.

She said that she did not want him to slow down in order to gain more hours.

She also said that she felt that her dismissal had been premeditated and that there was another reason behind it.

She said she had brought applications against Dunnes every year about her Christmas hours and had won.

Ms Buckley told the tribunal that she had not succeeded in getting new employment since her dismissal.

She said she did not accept that she had wanted any staff to drag themselves around.

In its determination, the EAT said that the company’s procedures in dealing with the allegations had been flawed from the beginning.

The EAT found that Ms Buckley contributed to her dismissal through her approaches to people and had been disobedient.

The award was made up of €8,000 for unfair dismissal and €1,330 in compensate for being dismissed without notice.