Concerns about impact on special area of conservation 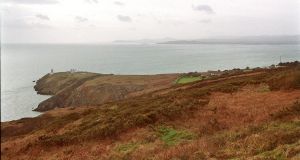 The Irish Underwater Council wrote to the EPA in March, seeking an appropriate assessment of the impact of dumping spoil on the Burford Bank, 5km southeast of Howth. Photograph: Alan Betson

Divers’ groups say they have decided to seek a judicial review over the licensing by the Environmental Protection Agency (EPA) of dredge spoil dumping in Dublin Bay.

Legal representatives for the Irish Underwater Council have informed the EPA of the action due to concerns about a special area of conservation extending from Rockabill to Dalkey Island.

The council is the national umbrella organisation for sport divers, and its action is being supported by Oceandivers, Flagship Scuba and Lambay Diving in an alliance known as Divers Against Dumping.

Dublin Port is engaged in maintenance dredging of shipping lanes under an EPA permit issued in 2011 – two years before the Rockabill to Dalkey Island special conservation area was designated by the Minister for Environment.

The underwater council wrote to the EPA in March, seeking an appropriate assessment of the impact of dumping spoil on the Burford Bank, 5km southeast of Howth, which is within the special area of conservation. The EPA responded that a further assessment under the EU Habitats Directive (article 6) was not required, and there was no breach of the European Communities (Birds and Natural Habitats) Regulations, 2011, as the regulation applied only to “plans” and not to “projects”.

The divers’ alliance says it lodged 37 different complaints with the EPA and the Government over its concerns and its fears that dumping was also taking place outside the licensed area.

The EPA confirmed yesterday it had received correspondence from the legal representatives of the underwater council and said this was “currently being considered by our legal advisers”.

Dublin Port Company did not respond to requests for comment.

Separately, the EPA is still assessing an application by Dublin Port to dump 6.4 million cubic metres of spoil on the Burford Bank as part of the €230 million Alexandra Basin redevelopment.

A total of 780 submissions from public bodies, non-governmental organisations and individuals have been received – the highest number since the EPA assumed responsibility in 2010 for approving dumping at sea.