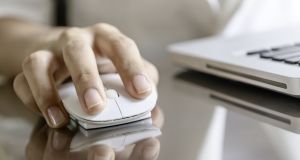 The ASAI received 1,682 complaints in 2018, adjudicating against 72 which were found to be in breach of their code. Photograph: iStock

Digital media was the most controversial medium for ads last year, attracting the largest volume of complaints, new data shows.

While just one in five of all public complaints about ads related to digital services in 2010, that level rose to almost half (45 per cent) in 2018.

The breakdown, contained in the Advertising Standards Authority of Ireland (ASAI) 2018 report, showed the second most offending media was broadcast with 516 complaints compared to digital media’s 948.

These were followed by outdoor advertising (350) and print media (91), although the scale is probably somewhat reflective of where advertising is most consumed in contemporary media.

In total, the self-regulating ASAI received 1,682 complaints, adjudicating against 72 which were found to be in breach of their code.

While the report does not detail individual ads, one billboard and social media campaign for a nightclub attracted 64 separate complaints last year which were upheld by the watchdog.

The Donegal nightclub poster featured a close-up rear view of a woman golfer with the text “Liberty’s Your 19th Hole for the Summer”. The ASAI found it had caused “grave and widespread offence”.

The watchdog’s annual report is more statistical in nature – showing the most common category of complaints related to the food and beverage sector (289), leisure (222), and the telecommunications industry (192).

There were 19 categories, excluding “miscellaneous”, with the least offensive proving to be employment and business opportunities, and agriculture. There was a 20 per cent drop in complaints on 2017 although the number of adverts that attracted complaints rose by 8 per cent.

“As the advertising ecosystem continues to evolve, it is imperative that advertising, marketing and all commercial communications do not fall into the trap of mistrust,” said ASAI chairman Sean O’Meara.

Almost two thirds of complainants (63 per cent) believed ads were misleading, while 16 per cent found them offensive.