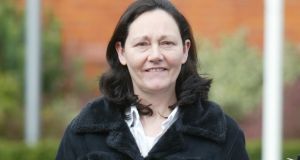 Anne Davy in 2005. She was fined €1,200 in the Dublin District Court in 2005 for failing to provide adequate safeguards and supervision for a child during an outing to a public park playground. File photograph: Garrett White/Collins

The Dublin creche owner at the centre of an RTÉ undercover documentary has appeared in court in the past over failings around the management of children in her care.

Anne Davy (64) was fined €1,200 in the Dublin District Court in 2005 for failing to provide adequate safeguards and supervision for a child during an outing to a public park playground near her creche at Tolka Road in Drumcondra on the northside of Dublin.

The judge found Ms Davy guilty of failing to safeguard the health, safety and welfare of a three-year-old boy who was left behind during the outing to Fairview on July 30th, 2004. The boy was being looked after at the Tolka Road creche which was then known as Giggles Creche and Montessori at the time.

Judge William Hamill convicted Ms Davy of failing to provide adequate supervision in accordance with her insurance and of having inadequate staff and attendance records.

Ms Davy was fined a further €1,500 and had to pay costs of €2,100 in 2007 after she was accused by the HSE of failing to ensure that a sufficient number of adults were supervising pre-school children in April 2006.

The charges were struck out in the 2007 case after she agreed to pay three fines and costs.

Records show that the Drumcondra-based creche owner changed the name of her creche around this time.

Public filings show Ms Davy registered the business name “Hyde & Seek Creche & Montessori” for the first time in October 2006. The name appears to be taken from the Hyde Court apartment building on the corner of Shaw Street and Townsend Street where the creche occupies one of the ground-floor units.

Earlier this year, Hyde & Seek pleaded guilty at Dublin District Court for failing to register with child agency Tusla a new creche in Glasnevin, the fourth creche to open in her group, after it opened in 2018.

The company was given probation and the creche was eventually registered last March.

Tusla’s inspection reports show that Hyde & Seek creches failed to comply with numerous regulations, including the requirement to ensure staff were Garda-vetted before working with children.

Company records show that Ms Davy ran a profitable business from her creches, at Tolka Road, off Clonliffe Road and at nearby Millbourne Avenue in Drumcondra and at Glasnevin on Dublin’s northside and on Shaw Street near Trinity College in Dublin city centre.

Ms Davy and her husband, Peter, who live on Lindsay Road in Glasnevin, are listed as directors of the company. Accounts show that the firm’s monthly average number of employees during 2018 was 32, down from 41 the previous year.

The company had “cash and cash equivalents” of €857,000 at the end of the year and was owed €2 million by group companies, which account for most of the company’s €2.9 million in shareholders’ funds.

Ms Davy is a director of another company in the group called Hyde & Seek Glasnevin Limited, which was set up in 2014, with her daughter Siobhán (31) also serving as a director.

Among the company’s assets were property, plant and equipment valued at €3 million at the end of 2018.