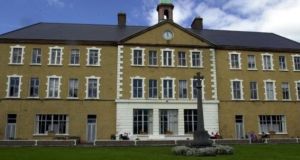 Some 24 residents have died from an outbreak of Covid-19 in the 150-bed St Mary’s nursing home, which has a separate 48-bed step down hospital. Photograph: Eric Luke

The niece of a resident who died in St Mary’s Hospital nursing home in Dublin’s Phoenix Park has called for a statutory inquiry into the State’s response to coronavirus in long-term residential facilities.

Rose Hegarty (84) died on April 27th after contracting the disease also known as Covid-19 in the Health Service Executive-run nursing home. To date 24 residents have died from an outbreak of Covid-19 in the 150-bed facility, which has a separate 48-bed step down hospital.

Her niece Jane Carrigan said she would be in favour of a statutory inquiry so the health service could learn lessons for the future.

“Rosie was very articulate but there may have been other residents who were not. I think an inquiry would give a voice to those people who may have died,” she said.

St Mary’s is one of the worst hit nursing homes in the country, and there are 4,872 cases across the sector. Nursing home residents have accounted for 54 per cent of the total number of deaths from the virus.

“We knew from Spain and parts of America that nursing homes were going to be badly hit” yet there was a sense they had been “forgotten about in the planning,” Ms Carrigan said.

The HSE has appointed an independent investigator to examine allegations made by a healthcare worker of shortcomings at St Mary’s. The staff member’s protected disclosure alleged shortcomings in the supply of personal protective equipment, and lack of testing for staff at the start of the outbreak in late March.

Ms Carrigan said she “welcomed” the investigation, but added there were “wider questions to be asked” about how the entire sector responded to Covid-19. There was a need to understand why some facilities were able to prevent or minimise outbreaks while others were not, she said.

A spokesman for health regulator, the Health Information and Quality Authority (Hiqa), said that it had formally asked for a copy of the HSE’s investigation into the St Mary’s whistleblower claims.

Hiqa said that it was advised on May 6th of “serious concerns” regarding the health and safety of residents at the nursing home allegedly related to a Covid-19 outbreak.

“Separately, we became aware that the HSE was conducting an investigation into the issues identified. The chief inspector has formally requested a copy of the investigation report when it is completed,” said the Hiqa spokesman.

“The outcome of any review undertaken by the HSE will inform Hiqa’s regulatory response.” The regulator declined to comment further until it saw the HSE review.

Hiqa records show that its last routine inspection of St Mary’s was on August 28th, 2019 when there were 147 residents living in the residential facility at the time.

The regulator checked the nursing home for compliance concerning 20 regulations under the Health Act 2007 that covers the care and welfare of residents in designated centres for older people.

The inspector did not check the nursing home for compliance with Regulation 27 of the Health Act that assesses whether staff are implementing the procedures in a care facility is consistent with national standards for the prevention and control of healthcare-associated infections.

Hiqa found during an earlier inspection, in January 2018, that St Mary’s was “kept clean” and that there were “measures in place to control and prevent infection”.

“Although the centre was experiencing an outbreak of infection at the time of the inspection, this was being managed in accordance with guidance from the department of public health,” the Hiqa inspection report, published in May 2018, said.

“Good infection control measures were fully implemented which had contained the infection and prevented it from spreading to other units in the centre.”