Where things were relatively simple, a lot of complexity has been introduced overnight 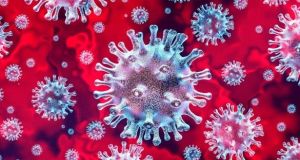 There is uncertainty around those who have been given a testing time and date but have not yet been swabbed. Doctors’ organisations have said they are seeking clarity on this.

You may have seen and heard a lot of commentary this morning around the criteria for getting tested for Covid-19. This comes on top of several days of discussions around testing numbers and backlogs. There is a huge amount of information circulating about testing, so many will feel confused.

Here’s what you need to know:

The Department of Health has changed what’s called the “case definition” for Covid-19 testing. Case definition is the set of symptoms that a patient has to be exhibiting to become eligible for the test. It’s the second time they’ve made a major adjustment.

Before March 12th, you had to be symptomatic and either be a close contact of a confirmed case of Covid-19 or to have travelled from an affected area.

Between that date and now, the testing criteria were significantly looser as the health services ramped up their strategy of “community testing”. All you needed to become eligible for testing was to display one symptom.

Now they have changed the criteria again.

What are the new criteria?

There is now a two step process to qualify.

Firstly, the list of symptoms has changed. Patients now have to have a fever and a symptom of respiratory disease, i.e. a cough or shortness of breath. Testing will also be carried out on those with respiratory symptoms who have been in contact with a confirmed or probable Covid-19 case in the days before symptoms onset.

If that bar is met, you must then fall into a list of priority categories, which include being a close contact of a confirmed case, a healthcare worker, an at risk group (those with diabetes, chronic lung disease, et cetera), household contacts of those at-risk groups, staff or residents in long-term care facilities, prison staff and inmates where self-isolation may be difficult and pregnant women.

Why did it happen?

The immediate impetus for this change comes from Ireland adopting the World Health Organisation case definition for Covid-19,which stipulates that a patient with fever must have at least one symptom of respitatory disease.

However, the immediate Irish context cannot be forgotten. After the last change in case criteria, there was an absolutely enormous surge in the numbers of people seeking tests - some 20,000 per day. Even with extra capacity being built into the Irish testing system, and a goal of delivering some 15,000 test results per day in the next four weeks, this surge combined with a shortage of testing equipment to cause a massive backlog which threatened to swamp the system entirely.

The new criteria, doctors say, will massively cut the percentage of the population eligible for testing. “There has been a significant change in criteria for testing as of today, which will significantly reduce the amount of testing that we are doing,” says Dublin GP Maitiu O Tuathail.

What does it mean for me?

The most important thing to remember, no matter whether you are eligible for a test or not, or awaiting results or not, is that self-isolation is still the most important strategy for everyone who is displaying symptoms. This is the case if you have one symptom, two symptoms, if you’re eligible for a test, or not. Once you’re sufficiently symptomatic to get in touch with your GP, you should be self-isolating at home for 14 days from the onset of symptoms, and the last five of those must be fever-free.

Household contacts of those self-isolating should reduce their movements for 14 days.

If you are already in the testing system, the impact of this change depends on how far down that particular path you were.

If you have been swabbed your sample will be processed and tested.

If you have been referred for testing, but not swabbed or given a test date for swabbing, then you will not be tested. Patients in this category are advised to get in touch with their GP again and see if their symptoms and status qualify them for testing.

There is uncertainty around those who have been given a testing time and date but have not yet been swabbed. Doctors’ organisations have said they are seeking clarity on this.

Where things were relatively simple, a lot of complexity has been introduced overnight. “It is understandably going to lead to confusion amongst the public, so we need a strong information campaign to inform the public of these changes,” Dr O Tuathail said.

What does it mean for the testing system?

“The national testing issue is a major work in progress and clearly does not have the capacity to cope with yesterday’s criteria,” according to Meath GP Dr Stephen Murphy. In order to respond to this, the health service has dramatically reduced the numbers of people eligible for testing.

Such a big change, of course, raises questions about the impact on the efficacy of Ireland’s testing system.

Infectious disease experts, however, say there is merit to the reforms. Pointing to Ireland’s positive test rate of just six per cent, amid a global shortage of testing supplies, Prof Mary Horgan said: “Test, test, test is important but it’s also important to identify those who are positive.”

“It’s using a precious resource wisely at this point in time,” she said.

The changes should be borne in mind when reading data on Ireland’s number of cases however, said Dr Eavan Muldoon, a consultant in Infectious Diseases and a member of the Infectious Diseases Society of Ireland. “When you look back at the data, if you see a shift, you have to understand there was a change (in testing policy), you have to be aware of that, and it’s an important thing.” A reduction, or increase, in the number of cases needs to be looked at through this frame. Dr Muldoon believes the new system will speed up processing for hospital workers and the very ill who are in hospital.

David Higgins, an analyst at Carrighill Capital, who publishes a nightly analysis of Ireland’s Covid-19 figures online, says changing the algorithim makes sense in the context of a massive backlog. “We’re on an upward trajectory for test [numbers], but we need to more quickly catch those who are positive, not those with non-Covid symptoms,” he tweeted on Wednesday.